Sunderland midfielder George Honeyman insists that the Black Cats must not mess up their automatic promotion hopes as the games run out in the League One promotion battle.

The Black Cats' hopes of ensuring automatic promotion took a hit as the side succumbed to a 5-4 defeat at the hands of Coventry City on Saturday, in a thrilling encounter at the Stadium of Light.


The loss was Jack Ross's side first at home in the league this season, leaving them in third place in League One, two points behind automatic promotion contenders Barnsley.

Honeyman, who was involved in the defeat against Coventry, insists that there is no time to dwell on one loss as the games are coming thick and fast at the moment. 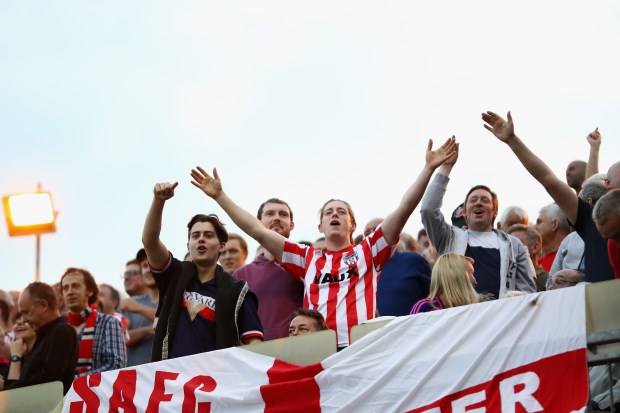 The midfielder insists that with 41 games played, Sunderland cannot afford to falter at a crucial point.

“The games are coming thick and fast and there’s no time to dwell on Saturday", Honeyman told his club's official website.


“We have got to be better in all aspects of the pitch.

“It is still very much in our hands.

"The defeat has made it tougher but there’s no time to dwell and now we’ve got to go head first into our next game.

“We never know when we are beaten because we kept coming back.

"That will stand us in good stead, but we can’t afford to put ourselves in that position again.

Sunderland will be desperate to return to winning ways on Good Friday when they take on sixth placed Doncaster Rovers.