Former Arsenal midfielder Ismael Bennacer has insisted that he is only thinking about helping Empoli avoid relegation at the moment, but conceded that he is pleased to know that his agent has been fielding calls from interested clubs.

The 21-year-old midfielder joined Empoli from Arsenal in 2017 and has been impressive during his stint in Italian football.

His future has been subject to speculation as he has piqued the interest of several clubs in Europe and Lyon are reportedly keen on getting their hands on the Algeria international.

His valuation is believed to be around €15m, but his suitors would require Arsenal to stay away from the negotiations as the Gunners obtained first refusal on the midfielder when they agreed to sell him to Empoli. 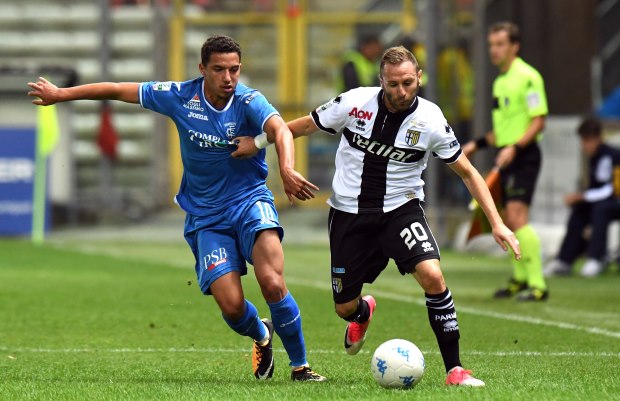 But Bennacer is not worried about his future at the moment as he is expected to be a key part of the battle for Empoli, who are 17th in the table, to stay in Serie A going into the last weekend of the season.

Asked about his future, he told Italian daily Gazzetta dello Sport: “Now I have just have to think about not getting relegated.

“Against Inter it would be a difficult game.”


His representatives are expecting several clubs to get in touch with them for the midfielder as soon as the season is over, while Arsenal remain the kingmakers over his future.

And Bennacer conceded that he is pleased to know that he has been attracting interest.

He said: “I still have two years left on my contract with Empoli.

“But I am very pleased to know that my agent has been receiving phone calls from top clubs interested in my work.”