Maurizio Sarri To Juventus Done, No Doubt, But He Must Wear Tie – Italian Agent


Well-known Italian agent Furio Valcareggi insists that Maurizio Sarri to Juventus is near enough done and he is sure the Chelsea boss will have no issue with the small sacrifice which he will need to sit in the dugout in Turin.

Sarri has just completed his first season as Chelsea manager, leading the Blues to a third place finish in the Premier League and success in the Europa League.

But there are question marks over his future as Juventus chase him to take over from Massimiliano Allegri in the dugout.

Sarri's agent was in London soon after the Europa League triumph to hold talks with Chelsea over his future and speculation is rife the Italian will go to Juventus. 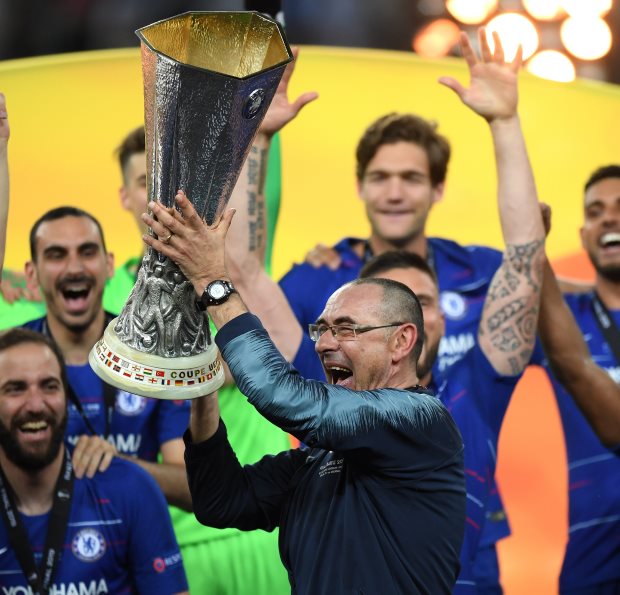 Now Italian agent Valcareggi has weighed in and explained that in his view, Sarri to Juventus is basically done.

He said on Italian radio station Radiosei: "I am sure Sarri will go to Juve. Now it is done.

"He did an incredible apprenticeship, he made all the stops before Juventus and so he must enjoy it."


Valcareggi says that at Juventus, Sarri will be required to wear a tie, a departure from his usual preference, but the agent is sure it is a small price to pay to be Bianconeri coach.

"He will have to put in a tie, a small sacrifice for him, and make some changes on a managerial level.

"But I do not think there is any doubt he will go to Juventus."

If Sarri does accept the Juventus job then it remains to be seen who Chelsea will appoint to succed him at Stamford Bridge.