West Ham United are to snap up Sebastien Haller from Eintracht Frankfurt, according to Italian daily Gazzetta dello Sport.

The Hammers look set to lose out on Celta Vigo hitman Maxi Gomez, despite battling Valencia hard for his signature, and will need to move on to other targets.

They have been linked with Haller and it has now been claimed that they will pay €40m to land the Frenchman from Bundesliga outfit Eintracht Frankfurt.

Haller is expected to put pen to paper to a contract at the London Stadium running until the summer of 2024. 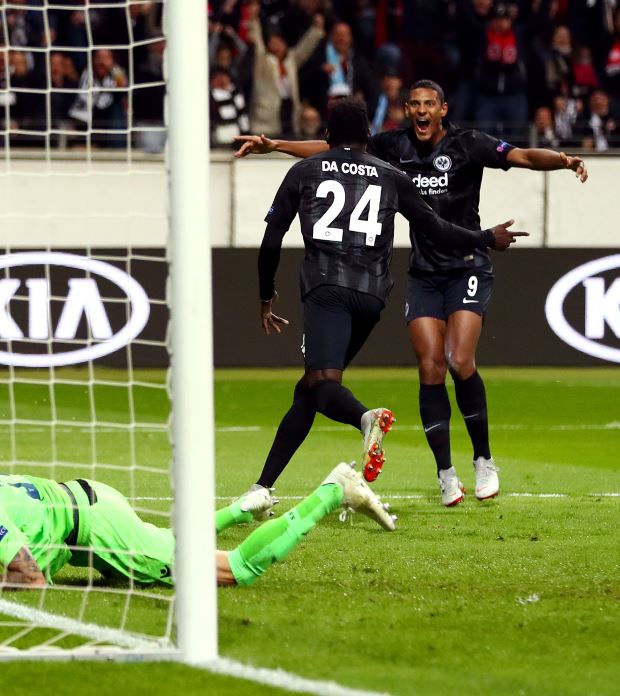 The 25-year-old impressed in the Europa League last term as he scored five goals in ten games; the German side reached the semi-final.

Haller also hit the back of the net on 15 occasions in the Bundesliga, as well as chipping in with nine assists for his team-mates.

Since moving to Germany, Haller has turned out 77 times in total for Eintracht Frankfurt, scoring 33 goals.


It remains to be seen if West Ham do push a deal over the line and add the former France Under-21 international to Manuel Pellegrini's squad.