Celtic assistant manager John Kennedy has expressed his delight with the progress made by Leigh Griffiths during pre-season.

The 28-year-old took time off the pitch to battle personal issues midway through last season and has now returned to training with Celtic.

Griffiths is eyeing making a return to the pitch after a long wait and remained on the bench as an unused substitute during their Champions League qualifier against Sarajevo earlier this week.

However, the striker has been actively involved in pre-season and looked sharp during Celtic’s friendly against Rennes. 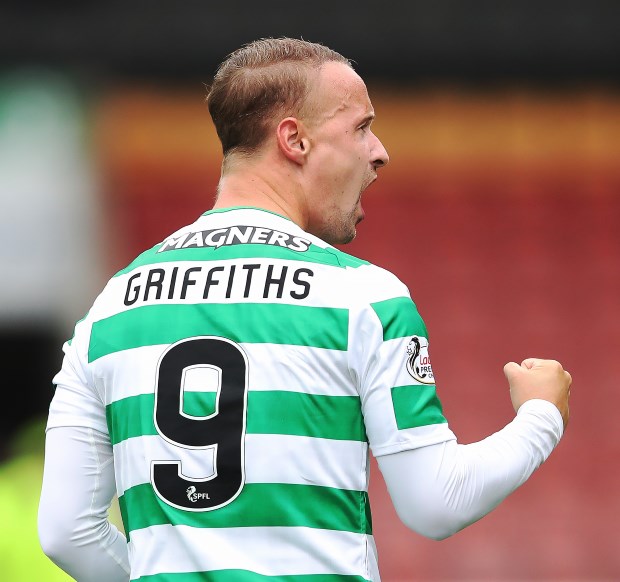 And Kennedy has expressed his delight with the progress made by Griffiths, after the pre-season game against Rennes earlier today.

The Bhoys deputy boss admitted it was a challenge for Griffiths after a break, but feels satisfied by how he has picked up during pre-season preparations.

Kennedy also insisted that Griffiths will be in contention for a place in the team during the second leg against Sarajevo at Parkhead on Wednesday.


“I’m delighted with Leigh Griffiths too. He’s done terrifically well throughout pre-season in terms of his application, and he’s trained every single minute”, Kennedy told the club’s official website.

“That was a challenge in its own for Leigh after coming from a period of time out, so it was about making sure he got the training in and didn’t pick up another injury that could set him back.

“He’s got through the hardest part of it, and now we’re beginning to see a bit more of what Leigh Griffiths is all about.

“When he’s playing off the shoulder he’s looking sharp in his pressing.

"He tailed off a bit towards the end so we made the change, but that’ll hold him in great stead going forward.

“Leigh will definitely be in contention for Wednesday.”

Celtic have a 3-1 lead from the first leg against Sarajevo.