Rangers legend Barry Ferguson has backed Ryan Kent to rise to the occasion in the Scottish League Cup final against Celtic.

Steven Gerrard's Light Blues will have their first shot at silverware when they lock horns with arch-rivals Celtic at Hampden Park this coming weekend.

Rangers are desperate to pick up silverware and will head into the final fancied by many to get the better of Celtic, having closed the gap on the Bhoys in the league to trail only on goal difference.

The Gers splashed the cash to sign Kent from Liverpool in the summer, landing him permanently following a season-long loan, and Ferguson has no doubt the winger will step up. 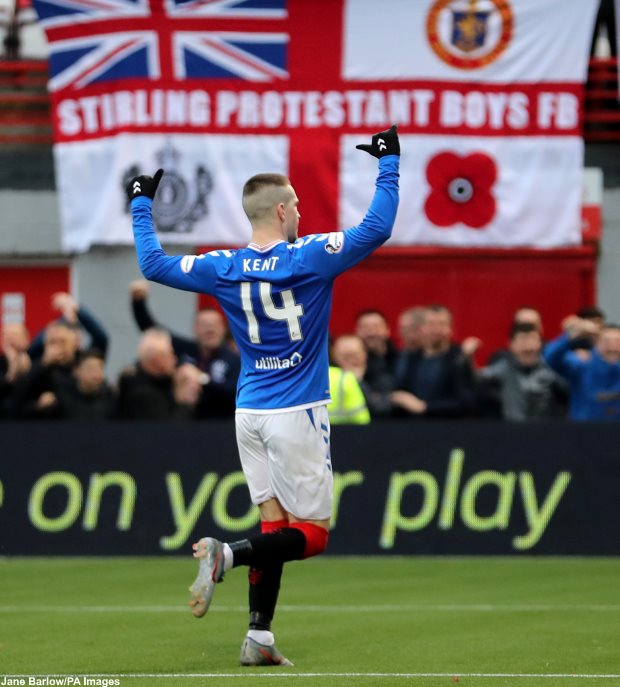 The Rangers legend stressed that Kent performed in games against Celtic last season and insists the winger is a special talent.

"I thought he was the main player for Rangers, last season, in the Old Firm games", Ferguson said on PLZ Soccer's The Football Show.

"He stepped up to the plate and I have no doubt that he'll do that at Hampden because, for me, he is a special talent.


"You don't start off at Liverpool [without quality]. Liverpool weren't keen on getting rid of him, so that's why Rangers had to pay £7m.

"I have no doubt that he'll put a top performance [against Celtic in the League Cup final]."

Kent scored in Rangers' 5-0 thrashing of Hearts at the weekend and was brought off in the 67th minute by boss Steven Gerrard, being replaced by Sheyi Ojo.