Borussia Dortmund are not under the impression that Manchester United and Liverpool linked winger Jadon Sancho will look to push through a transfer in January, despite claims to the contrary.

The 19-year-old has been heavily linked with a move away from Dortmund, with some of the biggest clubs in Europe vying for his signature.

He has been linked with Manchester United, but it has been claimed Liverpool are at the front of the queue for his signature and that Sancho could push to leave in January.

Coach Lucien Favre has not had a smooth relationship with Sancho in recent weeks, despite the winger scoring in Dortmund's weekend win at Hertha Berlin. 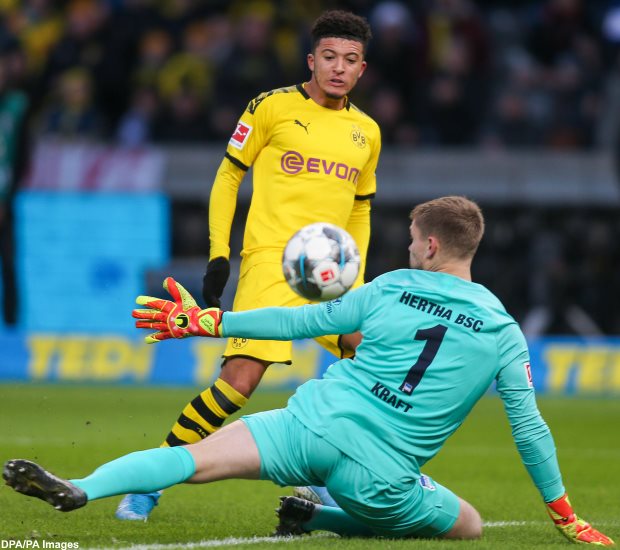 Dortmund have calmed reports of a January move and, according to German magazine Sport Bild, they are certain that the player is not looking to push through a transfer in the new year.

The club believe that there is little indication that the player is looking to force the issue in the winter window.

The Dortmund hierarchy have also reached out to the player and expressed confidence in his future at the club, as they look to smooth the relationship.


A move in the summer however could be a different story, with Dortmund expecting a bumper fee if he does depart.