Carlo Ancelotti has told Everton that he wants Moise Kean to remain part of his squad beyond the January transfer window, it has been claimed.

Kean was substituted by Duncan Ferguson after just 18 minutes on the pitch against Manchester United, with the Italian having already been brought on off the bench.

The interim Everton boss did face flak for further undermining the confidence of the teenage striker, who has been struggling since making the switch to England from Juventus last summer.

There are suggestions that he could return to Italy in January, with AC Milan and Roma interested in snapping up the young striker in the winter window. 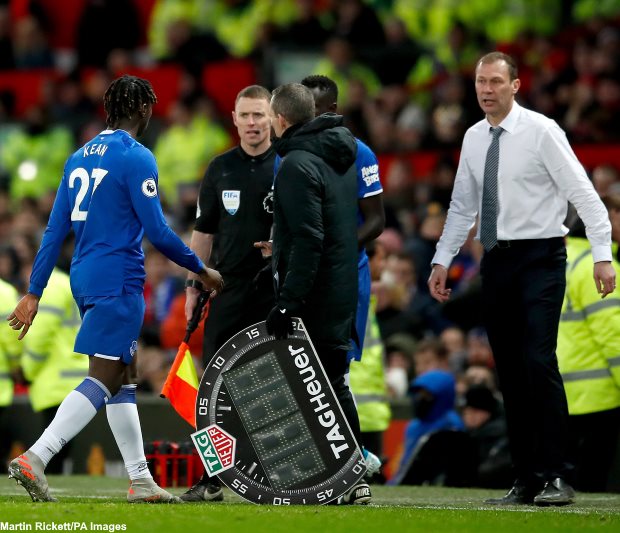 But Ancelotti’s impending arrival at Everton is likely to have an effect on his future and, according to Italian daily Corriere dello Sport, the chances of the youngster leaving Goodison Park next month have diminished.

The experienced Italian coach admires Kean’s ability and has told Everton that he wants to keep hold of the striker.

Once he takes charge of Everton, Ancelotti is likely to work on rebuilding Kean’s confidence and get him back to being the player who has been considered one of the top young talents of Italian football.


Everton have said little about letting Kean go in January and it seems Ancelotti is set to stop the speculation around the striker for the time being.