Tottenham Hotspur boss Jose Mourinho believes that young striker Troy Parrott has to go through the developmental phase Japhet Tanganga went through in order to make his presence felt in the first team group.

Young striker Parrott has featured just once in the league so far, despite being highly rated at Tottenham and of late Harry Kane being out injured.

Mourinho admits that he has spoken to Parrott about his development and feels that there is a lesson in another youngster, Tanganga, who had to be patient for three more years to find a way through to the first-team at the age of 20 this year.

The former Chelsea manager also took time to insist that the young striker has to go through a process before making himself a regular for the senior side. 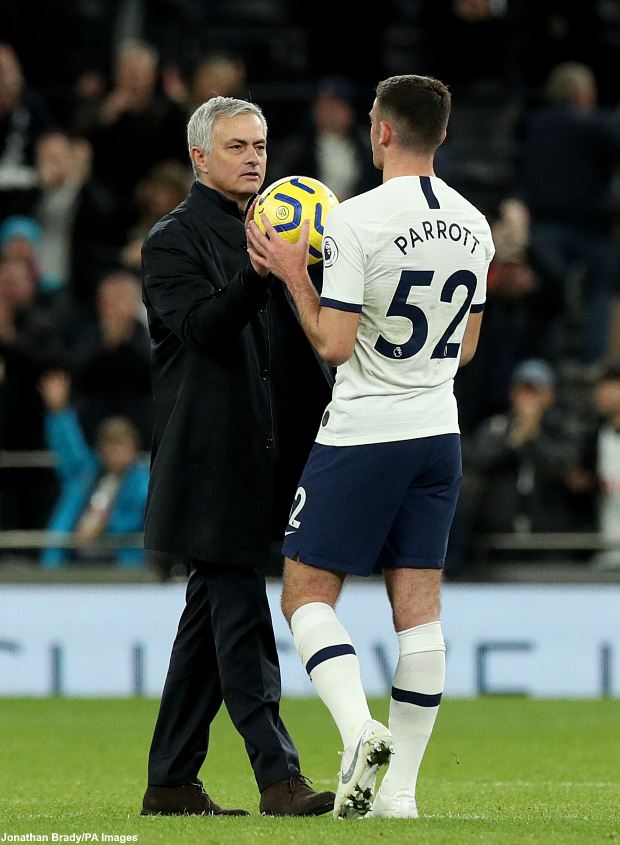 However, Mourinho is not ruling out Parrott being able to continue to accumulate game time experience.

Responding to a question at a press conference on Parrott the Spurs boss said: “I’m ready to answer you because I had a long conversation with him today, so I’m ready to share with you a little bit. I think he has potential. I think he needs to work a lot.

"He has a process to go through, a process that probably Tanganga had. One thing is 17 and another thing is 20. We are speaking about three years of distance and three years.

"Then with me it was just the last part of his preparation before he had his first opportunity.

“I think Troy has to go through a process. Can he have minutes? Yes he can minutes.

"I’m not saying he’s not able to have minutes, but to put on his shoulders the responsibility of replacing somebody to be replaced, I don’t think he’s ready at all.”

Mourinho's Tottenham are due to play host to struggling Norwich City on Wednesday evening, with Spurs looking to take advantage of Chelsea being held to a draw by Arsenal on Tuesday night.