Jose Mourinho confirmed after Tottenham's 1-1 FA Cup draw with Southampton on Saturday that the club will trigger the purchase clause in Lo Celso's loan contract.

Lo Celso took time to get up to speed at Tottenham after joining on loan from Real Betis in the summer, but has now fully convinced Mourinho of his quality.

Roberts is now also a fully paid up member of the Lo Celso fan club and is confident he will make a big impact at Tottenham going forward. 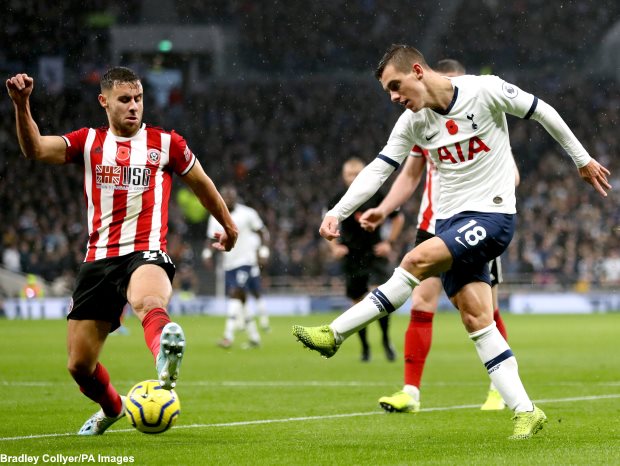 The Spurs legend wrote on Twitter: "Just saw Giovani Lo Celso's run again for the goal yesterday, absolutely sensational, going to be an incredible player for this club."

The 23-year-old created the goal for Heung-Min Son to score for Tottenham at Southampton and clocked the full 90 minutes in the tie.

Lo Celso, who has scored for Spurs in both the Champions League and the FA Cup, is still waiting to open his account in the Premier League.


The Argentina international will look to get off the mark next weekend when Manchester City are the visitors to the Tottenham Hotspur Stadium.