PSV Star Doesn’t Want To Play Due To Tottenham Interest


Tottenham Hotspur are interested in landing PSV Eindhoven attacker Steven Bergwijn, who does not want to play for the club against FC Twente today due to the development.

Spurs have been hunting across Europe for an attacker to bring in to help offset the loss of Harry Kane due to injury.

They are also poised to lose the services of attacking midfielder Christian Eriksen, who is expected to join Italian giants Inter before the transfer window slams shut this month.

Now Spurs have switched their attention to the Netherlands and Bergwijn as a possible solution. 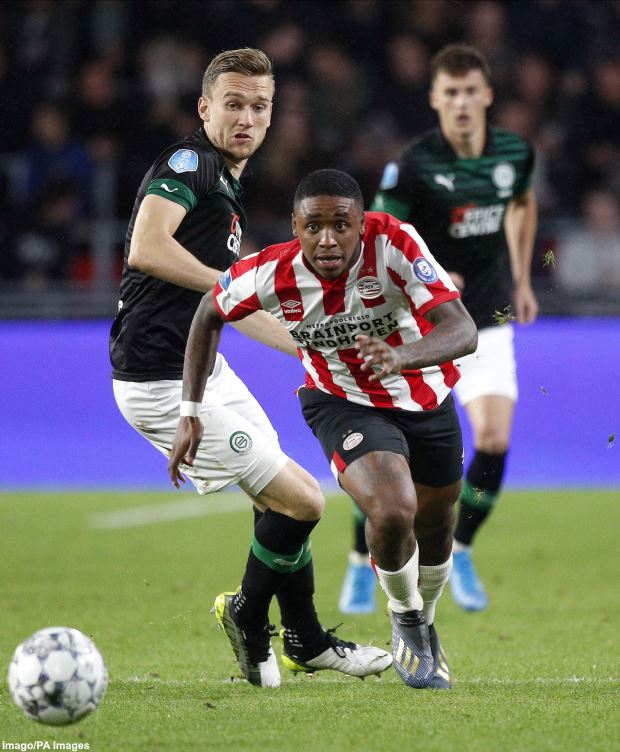 Spurs' interest in Bergwijn means the player does not want to play for PSV against Twente today, according to Dutch magazine Voetbal International.

It remains to be seen how advanced any negotiations might be and whether Bergwijn has played his last game for the Eindhoven outfit, but he appears to want the move.

He is under contract with the Dutch club until the summer of 2023, having signed a new deal last summer when a move to Sevilla did not take place.


Bergwijn has scored just six goals in 29 appearances across all competitions for PSV this season; he hit the back of the net on 15 occasions last term.