Rangers first team coach Michael Beale has revealed that Gers winger Ryan Kent was a frustrated player when he first met him in the Liverpool youth set-up.

The 23-year-old winger has asserted himself as a regular in Steven Gerrard's Rangers team, having arrived on an initial loan deal from Liverpool, before moving permanently last summer.

While he has become a star in the Scottish Premiership side's first eleven, Gers assistant coach Beale has revealed that Kent had a difficult period as a youngster at Liverpool.

Having worked with the player as a youth coach at Liverpool, Beale has revealed how Kent used to be a frustrated number 10 when he first met him at the Premier League club. 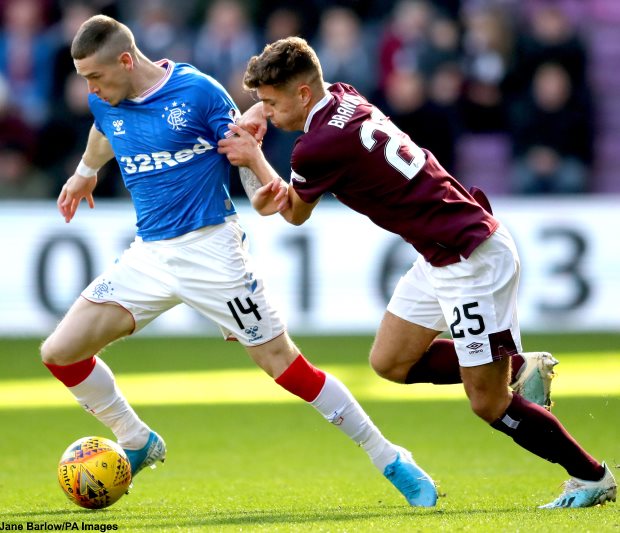 The Light Blues first team coach opened up on how the Scottish giants are allowing Kent to be himself and letting him become a fantastic player.

"I remember my first training session when I went into Liverpool, he was a number 10 then",Beale said on Rangers TV.

"No one knew he was quick because he was always facing his own goal and he was a frustrated young man when I first met him.


"We sort of had a chat and he become this left-winger that came inside and yes, the rest is where it is.

"Ryan has had a little wave of emotions up and down over the last few years.

"I remember the first conversation I had with him before he came here and Steven convinced him this was the place for him to come on loan and the rest is history is really.

"We allow Ryan to be himself and he is maturing into a fantastic young player as we know.

"I don't want to put any pressure on Ryan because we all know the pressures of playing for Rangers, but I think every fan is happy to have him here."

Kent has scored six goals and provided four assists from his 25 appearances across all competitions for Rangers this term.