This Will Help Us Hugely At Arsenal – Everton Star


Everton full-back Lucas Digne has admitted the Toffees are aware they will be backed in numbers by their fans at the Emirates Stadium after the winter break and stressed how much it helps the team.

After a two-week break the Toffees will return to action with a match against the Gunners away from home on 23rd February, as they bid to continue their momentum under Carlo Ancelotti.

Ancelotti has had an instant impact at Goodison Park, driving the Toffees up the Premier League standings and setting a Europa League spot as the target.

Arsenal could well be rivals for a Europa League place and Digne is already looking forward to the game. 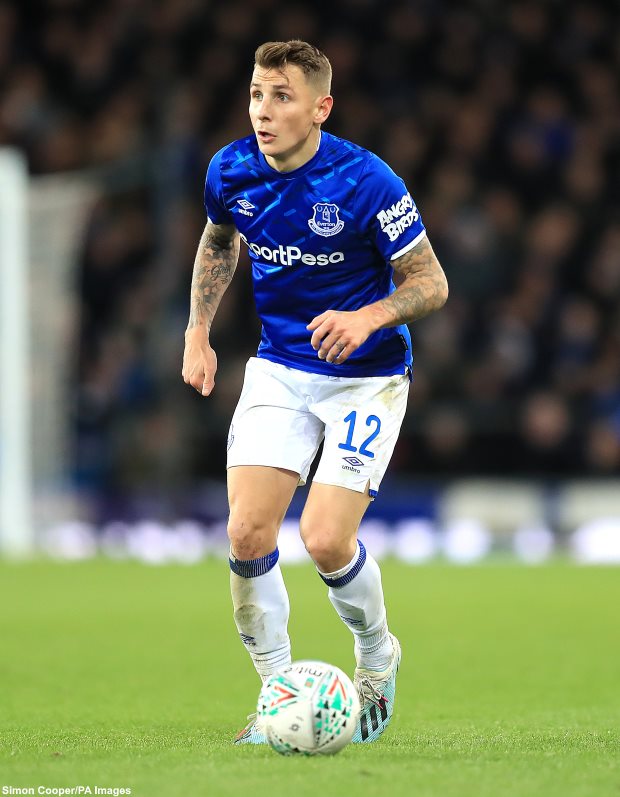 The French defender is expecting big backing from the Everton fans at Arsenal and stressed it massively helps the team, while expressing his confidence that the Toffees have not peaked.

"Our next game is away at Arsenal and I know our amazing fans will be there supporting us, too", Digne told his club's official site.

"It is such a big help for the team.


"We will work hard and prepare well for that game as we aim to continue our good run.

"We are looking to move forward and go higher in the league. I’m confident we can do that."

Since Ancelotti took over Everton have won five of their nine games, drawing two and losing two.

A win against Arsenal would mean three wins on the bounce for Everton.

Contact From Everton, Leicester And Man Utd For Inter Winger They Were Shouting At Me – Everton Starlet On Toffees’ New Boys Taking Him Under Wing Celta Vigo Keeping Swoop For Leeds United Linked Rafinha In Mind Everton Star Opens Up To Exit Amid Interest