Roma are working towards extending Arsenal midfielder Henrikh Mkhitaryan’s loan stint for one more season as sporting director Gianluca Petrachi sees the Gunners' asking price for a permanent transfer as being too high.

Mkhitaryan has been on loan at Roma since last summer and he enjoys a good relationship with coach Paulo Fonseca, who wants him in his squad for next season.

Roma were considering signing him on a permanent deal, but the suspension of football means they are set to watch their finances closely over the summer.

While Roma want Mkhitaryan, sporting director Petrachi feels an asking price of €20m for the player is too high, according to Italian daily Gazzetta dello Sport. 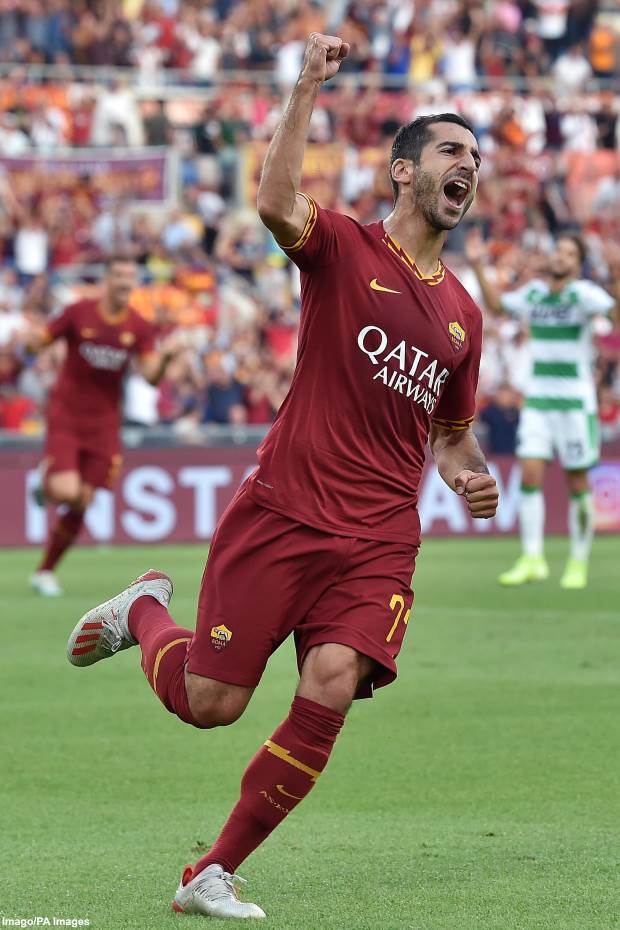 As such they are looking to convince Arsenal to agree to let Mkhitaryan spend another season on loan in Italy.

Mkhitaryan is happy at Roma and would prefer to continue playing for the Serie A giants next season as well.

Roma are also considering putting a salary cap of €3m per season on their players next season due to the current crisis and Mkhitaryan could have to agree to a pay cut to stay at the Stadio Olimpico.


Another loan move would also mean that Mkhitaryan might have to sign a new contract with Arsenal as his current deal runs out at the end of next season.