Martin Montoya's agent believes that Brighton & Hove Albion boss Graham Potter has been key in getting the best out of his client.

The Spaniard has made 23 appearances in the Premier League for the Seagulls this season, nailing down a spot in the side under Potter.

Montoya's agent feels that his client has enjoyed a good campaign in the Premier League, contributing towards Brighton's cause.

And he is of the view that in Potter, Montoya has found a manager able to bring the best out of him. 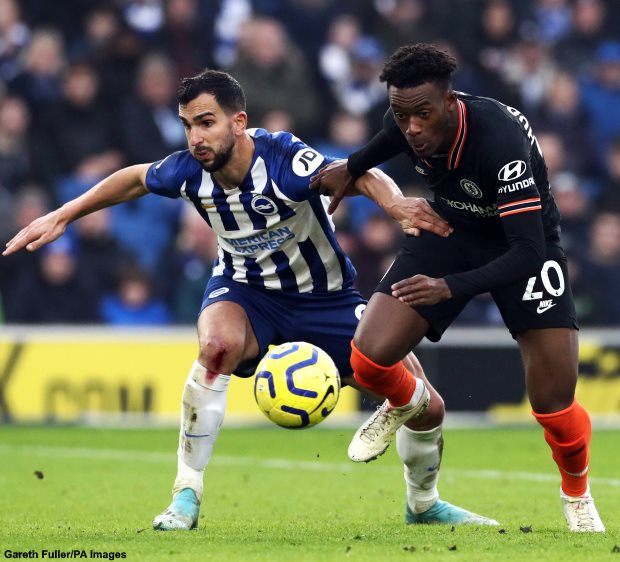 "He has a coach like Potter who has helped him so much to have a great season."

Looking ahead to the summer transfer window, Carrasco explained how he sees the football landscape being affected.


"I think it will be different", he admitted.

"Mina has four years at Celta, Montoya two at Brighton.

"The clubs I speak with believe that they will lower their income by 15 and 20 per cent and this will also affect transfers.

"Clubs will have no financial resources and no intention to make big offers to the players."

Mina made the move to Celta Vigo from Valencia in the summer of 2019, putting pen to paper to a five-year contract at the Spanish side, while Montoya joined Brighton in 2018, also from Los Che.