The midfielder has become a key man under Bielsa at Leeds, operating as a screen in front of the backline, and has even been tipped in some quarters for an England call-up.

Once Bielsa was handed the reins at Leeds, he set about making his mark on the squad and Phillips admits the head coach was clear about what he wanted from him.

Though the 24-year-old's initial response was one of shock, he insists that he had full faith in Bielsa's abilities and felt the head coach was not someone he wanted to disappoint. 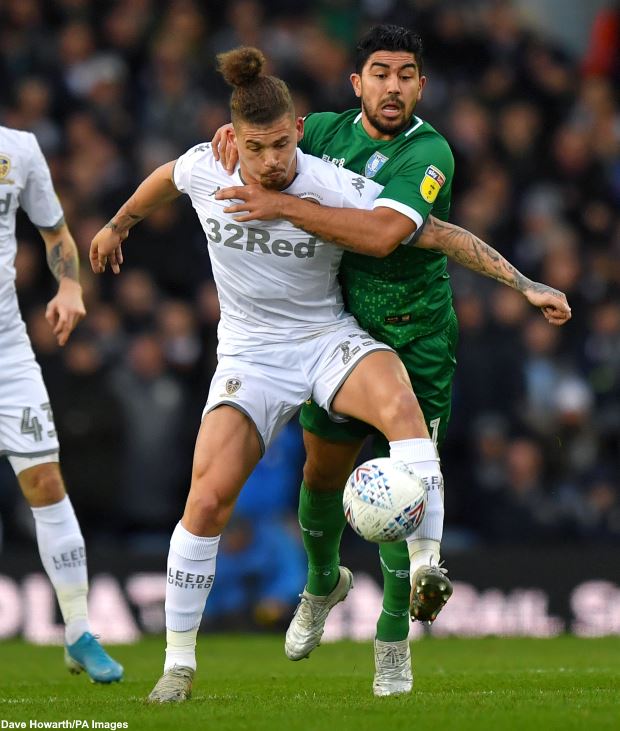 "I think the season before I had scored seven goals and got three or four assists and I think I did reasonably well for a midfielder", Phillips was quoted as saying by the Yorkshire Evening Post.

"When he came in, he said he was going to play me as a centre defensive mid, and I was like 'hang on a minute, I've scored one of the most goals in the team, I'm the midfielder with the most goals.'

"But obviously I was never going to say no. He looks like a manager you don't really want to upset and I just went with it.

Being asked whether he had always been a midfielder, Phillips said: "I was more of an attacking midfielder.

"I could play striker or I could play attacking midfielder – when I was young – Sunday league.

"Then when I got into the Academy I changed to like a box to box midfielder and then I remember one season with Paul Heckingbottom I kind of played everywhere.

"I played four, eight and then I played ten so I knew if I got the right coaching and I put in the right work that I could probably play anywhere in midfield.

"But I think with the manager coming in and telling me that he thinks I am going to be a good player in that position then I was never going to say no.

"It's me just believing in him knowing that he's coached such big players and been in charge of such big teams that have done so well.

"I just agreed to it and obviously it has worked out better for me."

Phillips has been an important member of Bielsa's side this season, featuring in 31 of his side's 37 league matches, scoring one goal.