Tottenham Hotspur talent Oliver Skipp has admitted that he was delighted to hear Jose Mourinho hail him as phenomenal after he played against Norwich City in the FA Cup.

The 19-year-old managed his first start under Mourinho in March, against Burnley, playing for the first 45 minutes in a 1-1 draw.

The Portuguese went on to describe Skipp as "phenomenal" following the youngster's performance in an FA Cup loss against Norwich.

Skipp insists that it was great for him to hear those words of praise from Mourinho and feels they were exactly what he needed to act as a motivation boost. 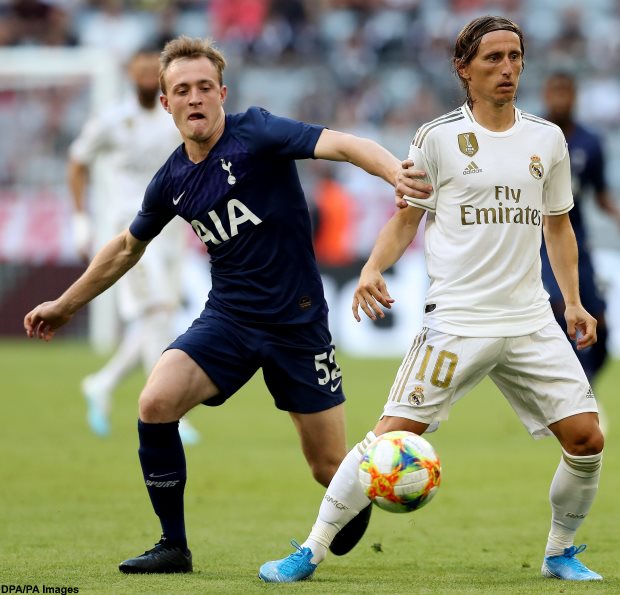 “I’d worked hard to get an opportunity and I was determined to make the most of it”, Skipp told his club's official site.

“To hear those positive words… it was a boost every player always needs.

"We’ll have to see what happens now. All I can do is keeping working hard.”


The teenager also took time to express his excitement at returning back to training following a period of individual training at home.

“It’s great to have that communication with the players again, and the staff, and seeing those familiar faces that I’ve known for so many years.

“That has brought back some normality in difficult times."

Skipp has eight first-team appearances to his name this season, including four in the league and two in the Champions League.