Jeremy Doku's father is unwilling to rule out a move away from Anderlecht for his Liverpool linked son, but is keen for the 18-year-old to remain a kid for a little bit longer.

The highly rated forward has turned 18 years old today and speculation continues to grow over when he might leave Anderlecht to head to one of Europe's heavyweights.

Doku may now have turned 18, but his father David is keen to see the forward remain a kid for a few more years yet; he still lives at home with his parents.

"No [he has not changed], whether Jeremy is 17 or 18, he remains the same", David told Belgian daily Gazet van Antwerpen. 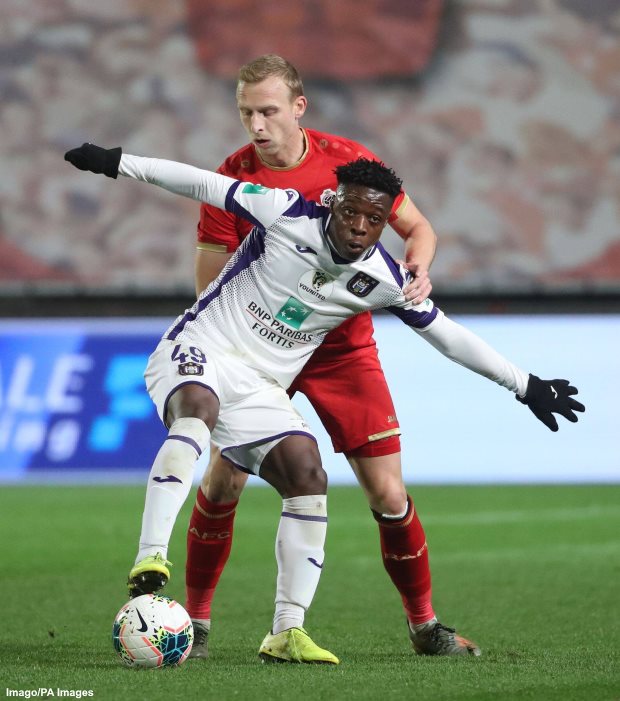 "He wants to remain a little bit of a child and he has to. He is at home all the time playing on his PlayStation, using his mobile phone or playing music, but there's nothing wrong with that – as long as he is doing his household chores."

Doku's displays have seen him linked with several clubs, including European and world champions Liverpool, with whom he held talks in 2018.

And the forward's father is not willing to rule out a move for his son, even if the plan for now is another two to three years at Anderlecht.


"He is happy here with us in Antwerp. He will stay with his parents for another two to three years.

"That [a transfer] is a difficult question, isn't it?" David added.

"He feels great at Anderlecht, but you can never rule it out."

Despite being just 18 years old, Doku made 21 appearances for Anderlecht in the Belgian top flight this season, scoring three times and providing his team-mates with three assists.

He has been capped by Belgium up to Under-21 level.