Tottenham Hotspur midfielder Moussa Sissoko says he is pain free and ready to go when the Premier League restarts, while he feels overall being injured gave him a good experience.

The 30-year-old picked up a serious knee injury at the start of the year and was forced to go under the knife to cure the problem.

He was almost complete with his rehabilitation process when the season was brought to an abrupt halt, meaning he had to put his plans to return to action on hold.

The extra time means that Sissoko is in an even better place though and the Frenchman insists he is pain free and ready to go. 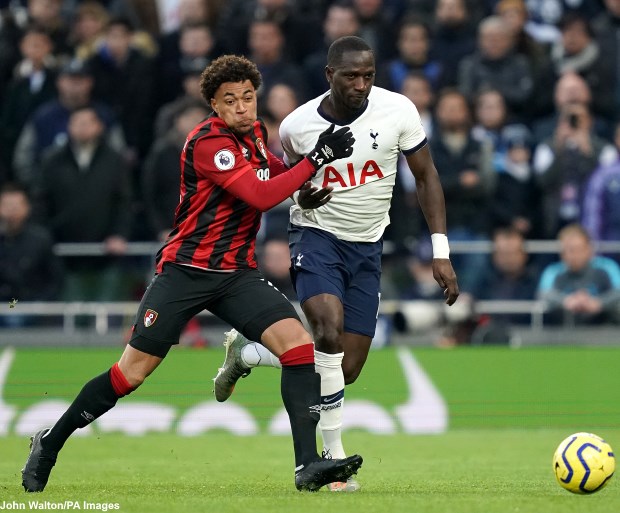 “At the beginning it wasn’t easy", Sissoko told his club's official site.

"First of all, it was my first big injury since I played football but after, you need to accept that and try to do everything to come back as soon as possible.

“I was ready to come back in March but the virus came so I had to stay out of training like everyone, but at the same time, it was good because I had more time to recover and to work even more to be fit.


"Now, since we’ve come back, I’m feeling very well, I don’t have any pain so I’m ready to go again, to compete and play games."

Sissoko admits that he used the enforced break from football to reflect on where he is in his career and where he wants to go, which means he counts the injury as a good experience.

“At the same time it was a good time to relax a little bit more, maybe to spend a little bit more time with my family and to have a different vision of football and everything, and to think also about what I’ve done in the past in my career and what I can do in the next few years.

"So it’s been a good experience, of course I hope I will not be injured again, but I’ve had this time so I could think a lot about everything and now I’m very happy to be back on the pitch.”

Sissoko will be looking to be involved for Jose Mourinho's side on Friday 19th June, when Tottenham return to action in the Premier League by hosting Manchester United.