French side Lille have joined the chase for Brazilian talent Talles Magno, who has been linked with Liverpool, and have already made a bid for his services.

The teenager has been turning heads with his performances at youth level and several sides in Europe have taken note of his potential.

European and world champions Liverpool have been linked with Magno, while Bayer Leverkusen are also keeping a close watch on the 17-year-old forward.

Now, according to French magazine Le 10 Sport, Lille are also interested in the Vasco da Gama starlet and have made a move for him. 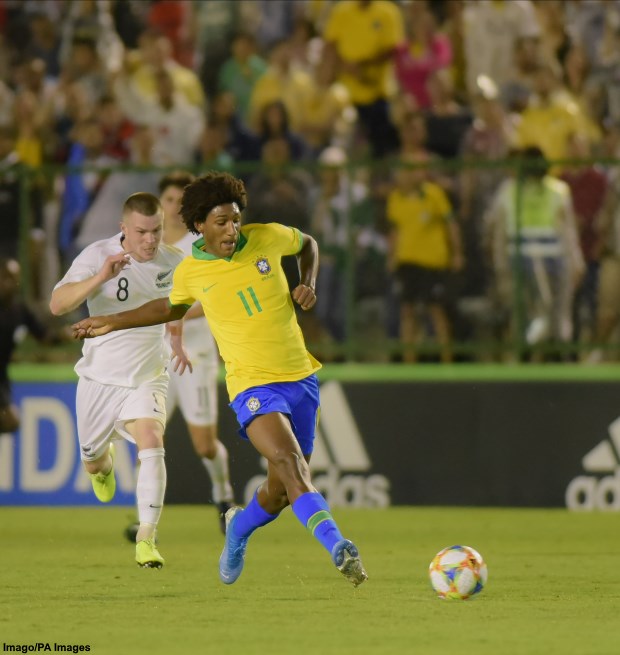 Lille fear that they might lose Victor Osimhen sooner rather than later and are already looking at potential replacements.

It is claimed that Lille have already held talks with Vasco da Gama over Magno and have submitted a proposal.

The French side offered to pay €10m for the teenager, but Vasco da Gama rejected the deal.


Lille are though tipped to return for Magno as they attempt to beat other clubs to the forward's signature.

Magno has been capped by Brazil at Under-17 level and has already made 17 appearances at senior level for Vasco da Gama.