I Could Have Scored More Than 30 – Odsonne Edouard


Celtic star Odsonne Edouard has claimed he would have crossed the 30 goal threshold had the season not been ended prematurely and has admitted winning the Player of the Year award has given him a lot of confidence.

Edouard has been a revelation for Celtic this season, finding the back of the net on a regular basis for the Bhoys.

The 22-year old signed for Celtic from Paris Saint-Germain permanently in the summer of 2018, after spending the previous season on loan from the French giants, with the transfer fee paid by the Hoops the highest in their history at an estimated £9m.

Edouard’s exploits this season saw him win the Celtic Player of the Year award, with the French striker thanking the fans for their support and admitting winning the award meant a lot to him as he worked hard throughout the season for the accomplishment. 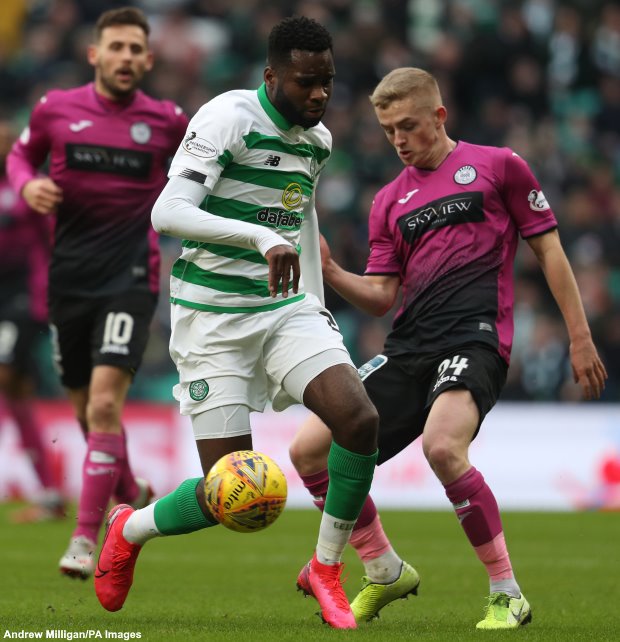 The ex-PSG striker insists he could have scored more than 30 goals this season if it had not been stopped, with Edouard now content with his tally of 28.

“Winning this award is very good for me, because I worked hard this year”, Edouard told Celtic’s official site.

“I’m very happy to be the Player of the Year, and a big thanks to all the fans who voted for me.


“If the league hadn’t stopped, I think I could have scored 30 goals or more, but 28 is still okay. I’m okay with this number!

“There are a lot of players who deserved the Player of the Year award at Celtic this season, so it gives me a lot of confidence to receive the most votes.

"That makes me very happy.”

In his 120 appearances for the Celts so far in his career, Edouard has scored 60 goals and registered 31 assists.