Draw Would Have Been Right – Ajax Coach On Liverpool Game


Leeds United captain Liam Cooper has labelled the current scenario, surrounding the Premier League and Championship with no fans at the stadium, not football and has insists fans are the essence of the sport.

The Peacocks had a tough start to life after the restart, losing 2-0 to Cardiff City in their first game back, but soon found their way back to winning ways, beating Fulham 2-0 over the weekend.

Marcelo Bielsa’s side played at an empty Elland Road and crowds may not return to games for much of the year, robbing Leeds of the chance to bond with the fans.

Leeds captain Cooper has labelled the current circumstances surrounding the sport not football as he feels the sport being played in empty stadiums is strange without fans being present at the ground. 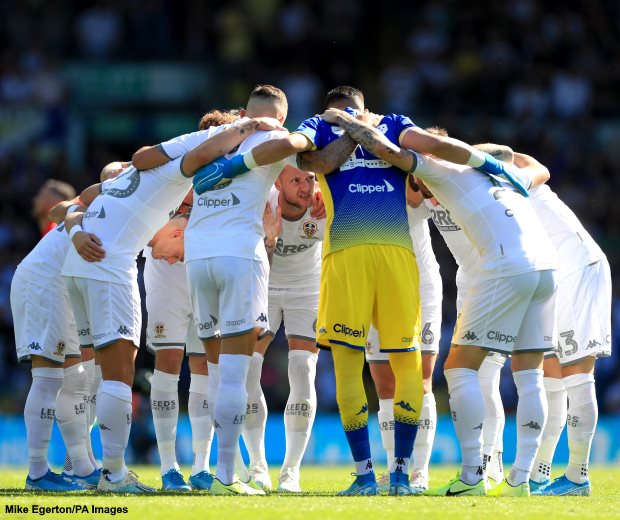 Cooper stressed the importance of maintaining safety measures and is clear that the players will continue to act in a professional manner and give their all to grab three points.

“It's strange”, Cooper said on talkSPORT.

“I think everyone will admit that it's not football.


“The fans are everything, especially our fans.

“It's sad to see, but it's what it is and it's the way it's got to be done, in a safe manner, and we respect that.

“We've got to approach it the same.”

Leeds lead the Championship table after West Brom lost at Brentford and boast an eight-point lead over third place, as they chase a taste of the Premier League for the first time since 2004.