Sampdoria have not yet had an offer from Liverpool for Omar Colley, who has also been linked with Celtic, despite suggestions the Reds want him.

The departure of Croatia international Dejan Lovren from Anfield has left a void in Liverpool’s defence, with the Reds being linked with a host of options to come in.

Sampdoria’s 27-year-old Colley has been placed firmly on Liverpool’s radar following his good performances in Serie A. 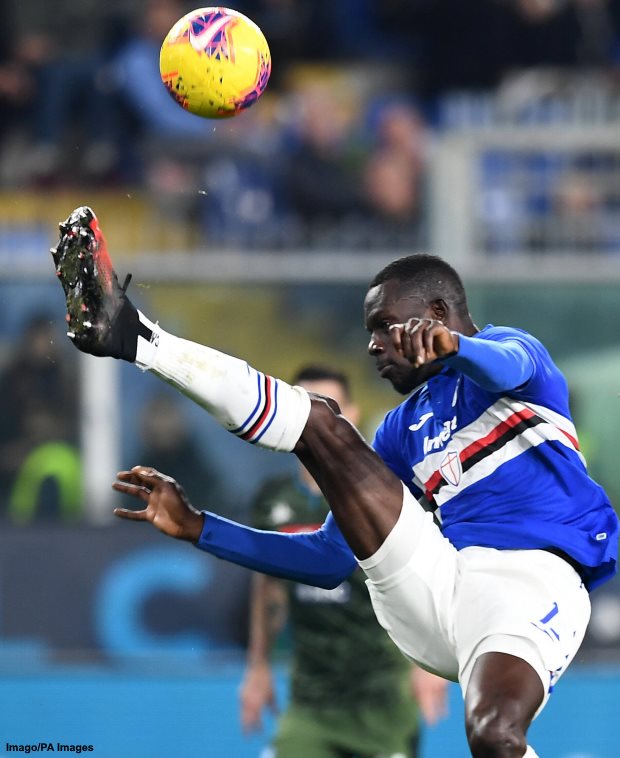 However, while Liverpool are said to be interested in acquiring the services of the Gambia international, according to Italian daily La Repubblica, Sampdoria are yet to receive an offer from them.

It would take an offer of €12m for the Merseyside-based club to land Colley from Sampdoria in the current transfer window.

However, it remains to be seen if the Reds will turn their interest in the Gambian into a formal offer.

Colley has also been linked with a move to Scottish Premiership champions Celtic in the ongoing window.

Liverpool’s league rivals West Ham have been credited with an interest in the 27-year-old as well.

With a number of clubs interested in acquiring the services of the player, it remains to be seen who will manage to land him from Sampdoria.