Liverpool manager Jurgen Klopp has insisted that Thiago Alcantara’s impending arrival does not mean he has to sell someone in the transfer window.

The Premier League champions have agreed on a deal worth €30m to sign the Spain international midfielder from European champions Bayern Munich.

The 29-year-old has bid farewell to Bayern Munich and Liverpool are expected to make an announcement on his arrival by the end of the day. 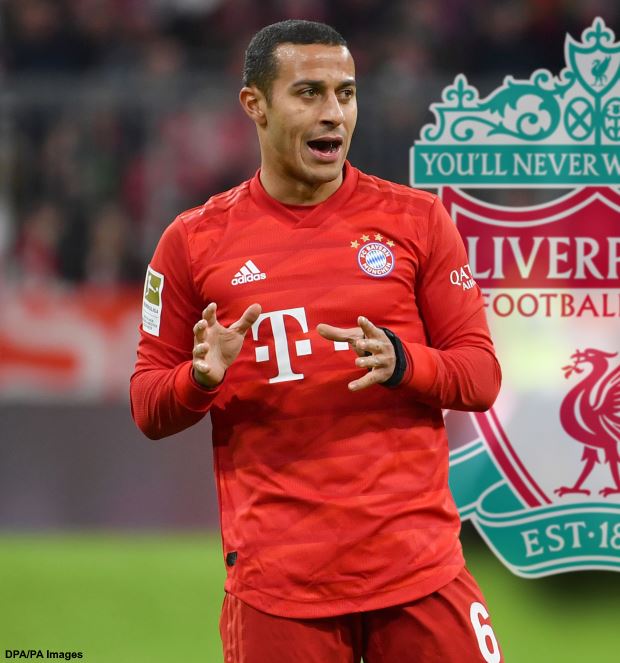 Thiago’s addition means Liverpool have more than a few midfield options to choose from this season.

But Klopp stressed that Thiago’s arrival does not mean he has to sell one of his regular midfielders before the end of the transfer window.

The Liverpool manager said in a press conference: “If it happens then I can say it will have no impact on anyone’s future in a negative way.

“It doesn’t mean that someone needs to leave.”

Liverpool are open to offers for Grujic and Shaqiri but even if they leave, that would leave Klopp with eight midfielders in his squad.

Claim From Turkey: Istanbul Giants Shocked After Swoop For Liverpool Star Was Blocked