Former Leeds United star Dominic Matteo is of the view that the arrival of Whites new boy Raphinha in Yorkshire will keep wingers Jack Harrison and Helder Costa on their toes.

Raphinha was roped in from French outfit Rennes before the transfer window closed to provide depth in the attacking department, giving Marcelo Bielsa another option.

Costa and Harrison started for Bielsa’s side on Monday in their 1-0 loss to Wolves at home, with club new boy Raphinha replacing Manchester City loanee Harrison in the 82nd minute to make his debut. 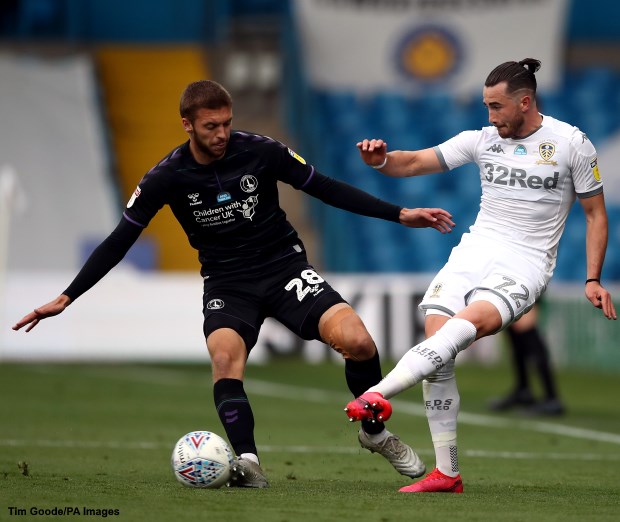 The Brazilian’s cameo appearances did not affect the scoreline, but Matteo believes Raphinha’s presence in the squad will keep Costa and Harrison on their toes as both wingers now have a quality player to compete with in terms of a first team spot.

Matteo is aware of the tactical importance that wingers have in Bielsa’s attacking set-up and has issued advice to Harrison, who in his opinion had a lacklustre outing against  Wolves, to be on his game from now on.

“Harrison didn’t have his best game against Wolves, maybe missing the City game has just left him needing a game or two to get back to his best, but Raphinha’s arrival puts him and Helder Costa under a bit of pressure”, Matteo wrote in the Yorkshire Evening Post.

“That’s not a bad thing, someone knocking on the door when you’ve not performed as you usually do is a great motivator.

“Bielsa is very loyal to his players.

“Sometimes I think if a player is good enough, and he seems to like Raphinha, then just put them in and give them a chance.

“He has been known to make changes quickly, he’s not afraid of a half-time substitution and with how important the wing positions are to Leeds’ style of play, Harrison needs to be on his game.”

Leeds who fell to tenth in the league standings following their loss on Monday, may need to up their game when they visit Aston Villa on Friday, with the Lions yet to drop a single point in the Premier League this season.