Former Celtic star Massimo Donati has insisted that Neil Lennon’s team are more predictable without the presence of Odsonne Edouard.

Edouard has been missing in action for Celtic due to illness and his absence was felt in their 2-0 defeat to Rangers in the Glasgow derby at Parkhead on Saturday.

The Frenchman will not be in the squad against AC Milan tonight and Donati is expecting that to make a difference in the Europa League clash as well. 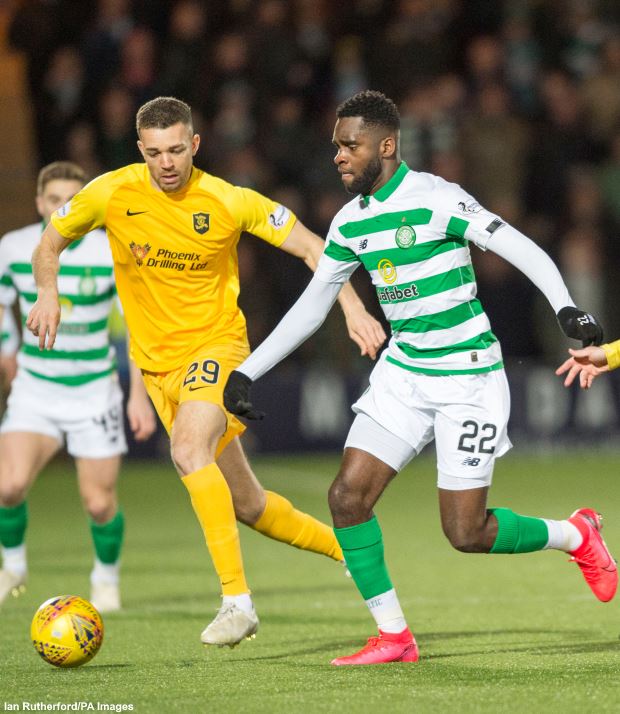 The former Celtic star believes Lennon’s side are missing the assurance Fraser Forster brought last season and also feeling the pinch of Ryan Christie being out of action.

But Donati believes that Edouard’s absence is being more acutely felt as the Frenchman carries the attack when fit and can score a goal out of nothing.

He stressed that Celtic are a good team but without Edouard, they are easy to play against as they become more predictable.

“And in this period, Edouard and Christie are missing due to Covid-19.

“The Frenchman, in particular, carried the forward line alone, he can score goals out of thin air and with his physical attributes and pace there is no other player with the same characteristics.

“The team are not bad, indeed, they are good, but without one of these players, they are more predictable.”

The 22-year-old striker has netted 66 goals in 136 appearances for Celtic thus far.