Celtic have confirmed their starting side and substitutes to lock horns with Aberdeen at Pittodrie in the Scottish Premiership this afternoon.

The Bhoys lost in the Glasgow derby last weekend and then suffered defeat against AC Milan in the Europa League in midweek, meaning boss Neil Lennon will be desperate to see his men return to winning ways today. 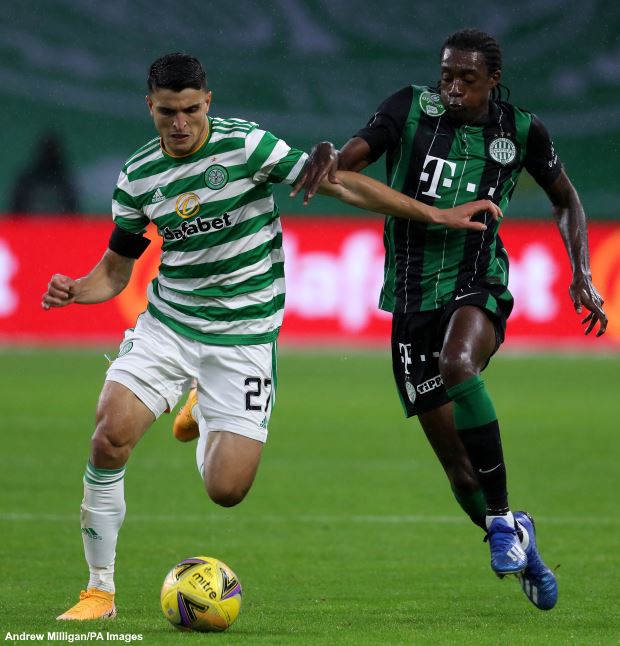 They face an Aberdeen side that head into the game on the back of a 4-2 win over Hamilton and have now gone four games unbeaten.

Celtic sit second in the Scottish Premiership table, four points behind Rangers, but with a game in hand.

Lennon selects Scott Bain between the sticks today, while at the back he trusts in Kristoffer Ajer and Shane Duffy, with Jeremie Frimpong and Diego Laxalt also selected.

Further up the pitch the Celtic manager picks Tom Rogic and Olivier Ntcham to boss midfield, while Ryan Christie and Callum McGregor, who wears the armband, play. Mohamed Elyounoussi and Albian Ajeti provide the goal threat.

Lennon has a host of options available on the bench if he wants to shake things up during the 90 minutes and could turn to Leigh Griffiths and Greg Taylor.