The Bhoys dropped precious Scottish Premiership points at Pittodrie on Sunday as Aberdeen held the champions to a 3-3 draw in a thrilling encounter.

Lennon opted to play Shane Duffy and Kristoffer Ajer at the back as his central pair, with Jeremie Frimpong and Diego Laxalt slotting in as full-backs. 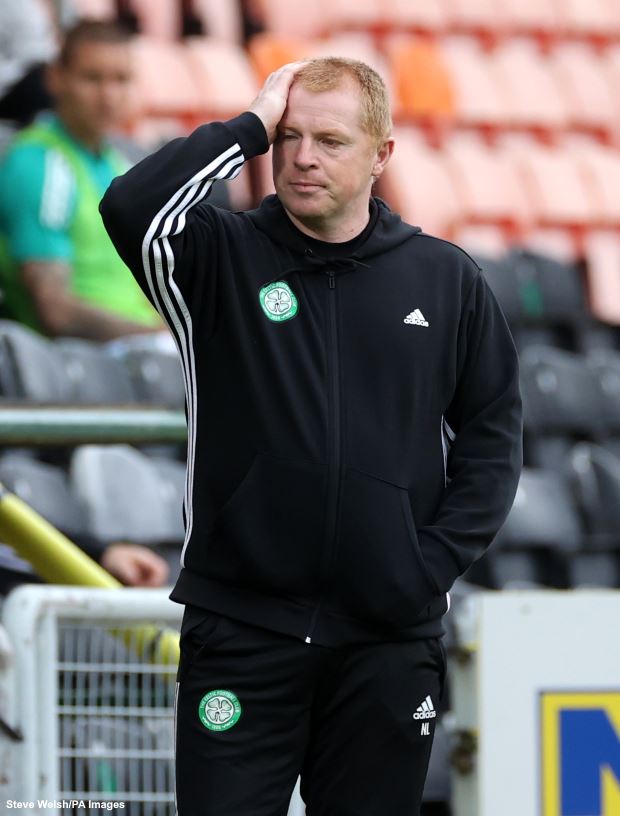 Former Celtic star Bonner feels that the Bhoys have looked uncomfortable at the back this season and is of the view that Lennon does not know his best combination.

“I don’t think Neil Lennon knows his best defensive partnership between the five he’s got”, Bonner said on BBC Sportsound.

“Whether it’s a three of a four at the back they haven’t looked comfortable”, he added.

The former Celtic goalkeeper does believe Lennon’s men put in an improved display at Pittodrie, but thinks Ajer and Duffy were exposed.

“I think the general performance was better from Celtic today”, Bonner explained.

“The defensive side has let them down even after going to the back four.

Celtic now switch their attention back to European matters with a Europa League trip to Lille on the agenda on Thursday night.