Sloppy Things He Does Frustrate Me – Rangers Legend On Gers Star

Making Hagi’s loan to move to Ibrox from Belgian side Genk permanent was one of the first pieces of transfer business Rangers boss Steven Gerrard completed over the summer.

And the Romanian has so far featured in all but one of the Glasgow giants’ Scottish Premiership matches this season, and again started in his team’s 2-0 top flight win against Livingston on Sunday. 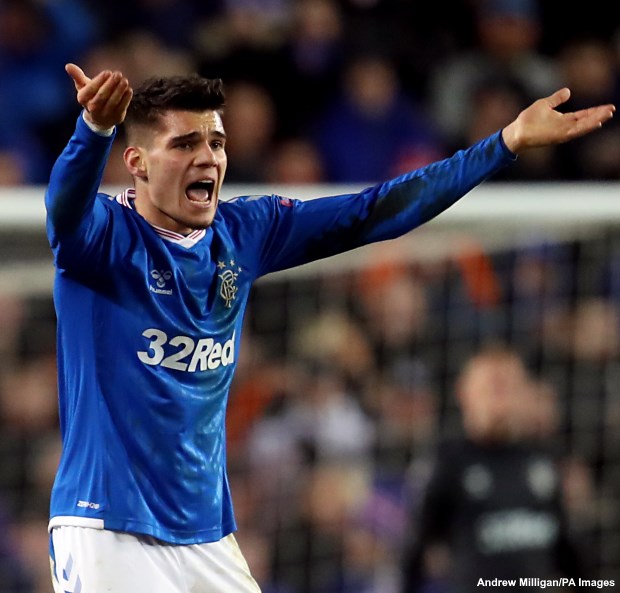 However, former Rangers star Ferguson is not completely convinced by the 22-year-old’s performances in the middle of the park this season and issued advice to the midfielder to tidy up his game by weeding out the sloppiness.

Ferguson, who has no doubt about Hagi’s quality as a player, feels the midfielder at times displays a complacent attitude on the pitch and the ex-Gers star urged the Romanian to take more responsibility if he wants to earn a spot as a regular player under Gerrard.

“There is no doubt that the manager likes him because he has splashed, I think it was £3.5m, £4m, a lot of money nowadays”, Ferguson said on Rangers TV.

“There is no doubting his quality but just the sloppy things that he does in the game would frustrate me.

“I am sure it is frustrating him.

“He needs to get better.

“If he wants to become a regular in the Rangers team, he needs to keep his standards at a certain level.”

Rangers have a busy week ahead of them with a Europa League tie at home against Polish side Lech Poznan on Thursday, followed by a trip to take on Kilmarnock in the league, and Hagi will hope to earn his boss’ trust again.

This Is My Challenge In The Next Two Months – Steven Gerrard