Ipswich Town star Teddy Bishop has revealed that he is banking on his team continuing their flawless home record this week by registering consecutive wins at Portman Road to bounce back from their defeat away at Lincoln City on Saturday.

Paul Lambert’s men lost 1-0 away at Lincoln on Saturday as they dropped to fourth in the League One table and will have a busy week ahead of them as they host Gillingham on Tuesday and Crewe Alexandra on Saturday at Portman Road in the league.

All three of Ipswich’ League One home games thus far have ended in the Tractor Boys’ clinching three points each time as Lambert’s side took the spoils from meetings with Wigan Athletic, Rochdale and Accrington Stanley, respectively. 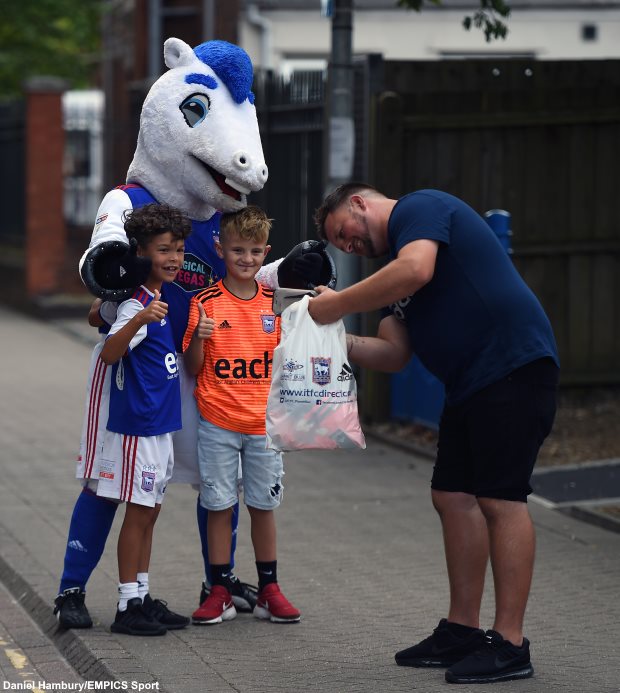 And Bishop is determined to keep Ipswich’s flawless record at Portman Road intact as the midfielder looks to bank on his team’s home form to bounce back from their loss against the Imps with consecutive home wins in their next two league outings.

The midfielder stressed that it is important for the Suffolk outfit to gain positive results at home throughout the season as they continue their charge to earn promotion back into the Championship.

“That’s something we definitely need to keep up for the rest of the season.

“We’re missing the fans a lot but it’s been a good start with the three wins.

“It is easier playing at home because you don’t have the travel.

“We’ll look to get two wins from the next two games and kick on.”

Bishop has so far featured in all seven of Ipswich’s League One games and found the back of the net in two of his side’s three home wins.