Manchester City loanee and RB Leipzig star Angelino is looking forward to locking horns with the Citizens’ arch-rivals Manchester United in what he says is a special match for him.

In the Red Bulls squad to visit Old Trafford will be Angelino, who is on loan with Julian Nagelsmann’s side from the Red Devils’ rivals Manchester City. 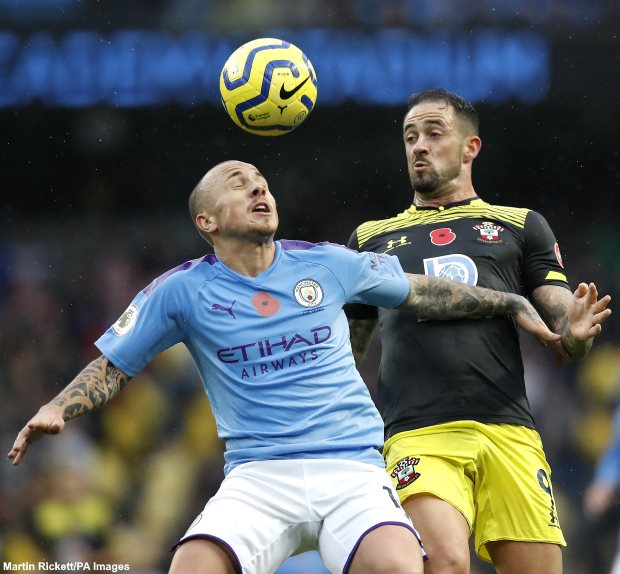 Looking ahead to the game, the Manchester City loanee has explained that returning to Manchester and facing the Red Devils at Old Trafford is a special match for him.

“Coming back to Manchester, where I’ve spent large parts of my career so far, and then playing against a top team from the Premier League at the famous Old Trafford is, of course, a special match for my team and me“, Angelino told German daily Bild.

“We are all really looking forward to the game!“

Angelino admitted that Manchester United are not an easy team to play against and feels both clubs are going into the game with good momentum.

“Manchester United are not an easy task and it is difficult to predict who will have the upper hand, as both teams are currently in good spirits“, the Spaniard said.

Angelino went on to stress the need for RB Leipzig to stick to their game plan and is confident that Nagelsmann will ensure that they are ready for the match.

“We have to focus on our strengths and stick to the match plan from the first to the last minute“, Angelino added.

“I’m sure our coach will teach us a few things to take something away from Manchester!“

Having won their first Champions League game against Istanbul Basaksehir, RB Leipzig will be hopeful of coming away from Manchester United with another three points.