Former Leeds United attacker Noel Whelan believes if Ezgjan Alioski drops out of the team away at Everton, he would not grumble and has saluted the left-sided player’s side before self focus.

Whelan is keen to see Rodrigo, who came on off the bench in Sunday’s 0-0 draw against Arsenal, handed a start away at Everton if he is fit.

If Marcelo Bielsa opts to start Rodrigo then he would have to drop someone from the side to make way, and Whelan thinks that man would be Alioski. 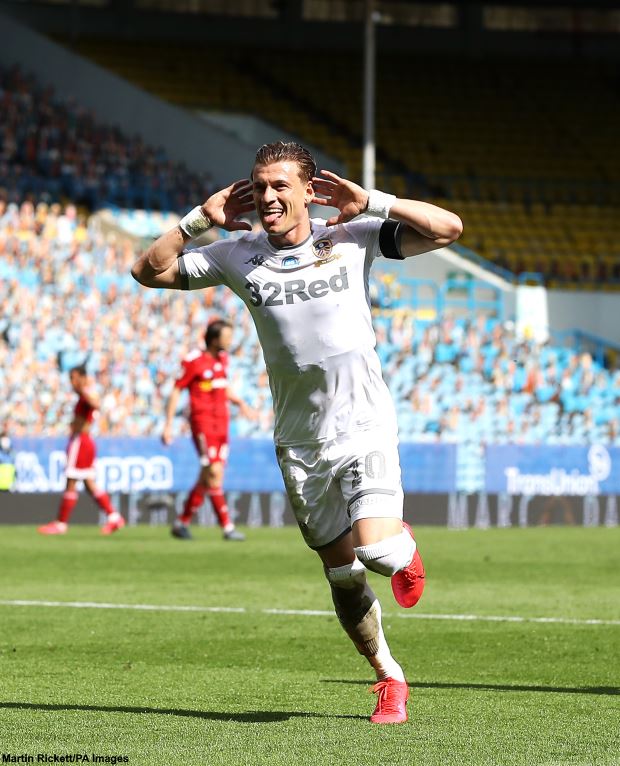 While Alioski could be dropped back to left-back, Whelan thinks Bielsa prefers Stuart Dallas in that role, and has no worries about how the winger would react if he is amongst the substitutes.

“Alioski has been in and out, even when he’s had good games this season”, Whelan said on BBC Radio Leeds post match.

“He is a team player and I still think preferably Bielsa would like Dallas in that area at left-back; he knows how to defend, probably a better defender than Alioski.

“I think if you are going to try to fit Rodrigo in and keep that solidity at the back, Dallas goes in, Rodrigo’s there and Alioski is one of these players who will not grumble, will understand, and will sit down [on the bench] and get on with it.

“And that’s why I love him even more now because he is that team player.”

Leeds are in talks with Alioski to lock him down to a new contract to keep him at Elland Road.

The 28-year-old arrived at Leeds from Swiss side Lugano in 2017 and quickly found favour when Bielsa once he landed at Elland Road the following year.