Former Rangers boss Alex McLeish has revealed that he has been impressed with Kemar Roofe since his time at Leeds and feels he has significantly bolstered the Gers’ attack.

Roofe has scored six goals and provided one assist across all competitions since joining Rangers from Belgian side Anderlecht in the recent transfer window.

Lauding the 27-year-old, former Light Blues manager McLeish revealed that he watched Roofe in action with Leeds and was impressed with what the forward served up at Elland Road. 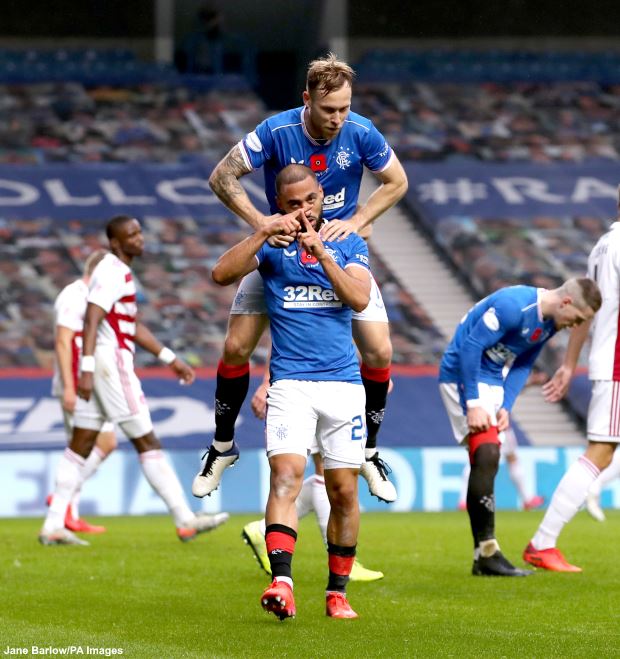 The Scot also insisted that he knew Roofe would be a great signing for Rangers, having seen him in action for Leeds, and feels he has significantly strengthened their attack.

McLeish explained that he felt the Gers were a bit short in their strike force, but thinks Roofe has done a good job in adding to the options.

“He did [come from Belgium with a good reputation]“, McLeish, who coached Genk in Belgium, said on Rangers TV.

“Watching him in the Leeds games, I was always quite impressed with the guy.

“When I saw that Rangers had signed him, then [I thought] that’s a great signing.

“To add to the strikers they already had, as I said, I felt there was a shortfall there, and he has added to it big time.“

Roofe clocked one season under Marcelo Bielsa at Leeds and hit the back of the net 15 times in the Championship as the Whites narrowly missed out on promotion.

The forward has lauded Bielsa for helping him view the game differently.

He will now hope to lift silverware with Rangers this term.