Ex-Rangers star Neil McCann is of the view that the Gers’ ability to find goals from all over the pitch is the reason why they are in a comfortable position in the league.

Rangers are eleven points clear of second placed Celtic at the top of the Scottish Premiership standings and are yet to lose a single game in the ongoing campaign.

The Gers’ attacking prowess has seen them put 41 goals past their domestic league rivals, with the Glasgow giants’ last four goals coming against Aberdeen at Ibrox on Sunday. 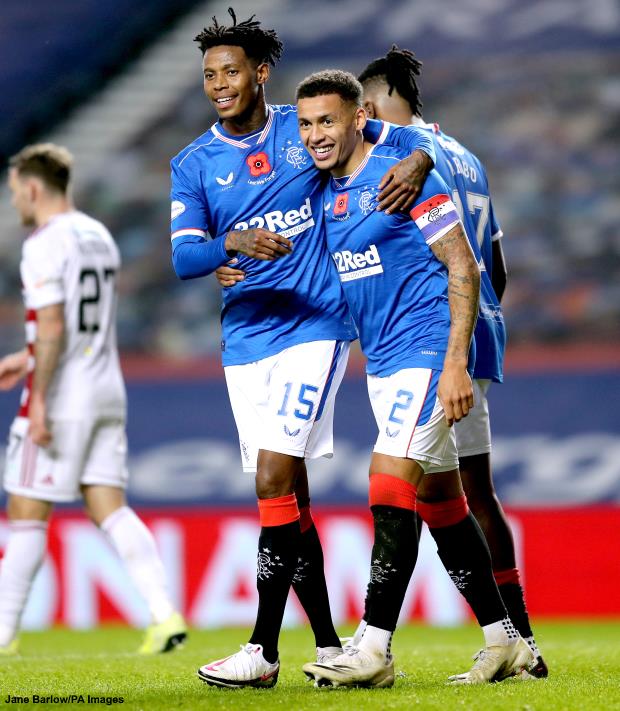 Steven Gerrard has set up his team in a style that ensures a lot of movement on the pitch, according to McCann, and the Gers’ fluidity while attacking facilitates the creation of goals from all over the park, with all departments in addition to the forward line chipping in with direct attacking contributions, feels the ex-Rangers star.

The 46-year-old is of the view that Gerrard spreading the responsibility to score goals among all the players in his team has been key to the Ibrox side’s strong start to their league campaign.

[The spread of goals in the side] that is proof of how this Rangers team play”, McCann said after the win over Aberdeen on Rangers TV.

“I’ve used it probably too many times, this organised chaos thing.

“There is so much movement.

“Ryan Kent spoke about the word fluidity and that’s what they do.

“They are constantly moving and that is really hard to get a grip on for an opposition team when they are moving all over the place.

“So, when they try and concentrate on one, someone goes beyond and that is why they are getting such a spread of goalscorers.

“Of course, deliveries from set pieces are absolutely exceptional, they give opportunities for the centre-backs to come up, so that is why the goals are so spread out.

“That is really important because how responsible was [Alfredo] Morelos last year for carrying that can of getting the goals?

“And when you take that responsibility away from one player and spread it about… that is why they are in such a comfortable position in the league.”

In addition to their attacking exploits, Rangers have been defensively solid and have 13 clean sheets in their 15 league matches this season, having only let in three goals.