Tottenham Hotspur boss Jose Mourinho has revealed that Spurs star Toby Alderweireld is sidelined due to an injury, but is relieved that the issue is not as serious as feared.

The north London outfit will be looking to edge one step closer to progressing in the Europa League when they host Ludogorets on Thursday.

However, Tottenham will be without star defender Alderweireld, who was forced off the pitch in the 81st minute of their 2-0 win over Manchester City at the weekend. 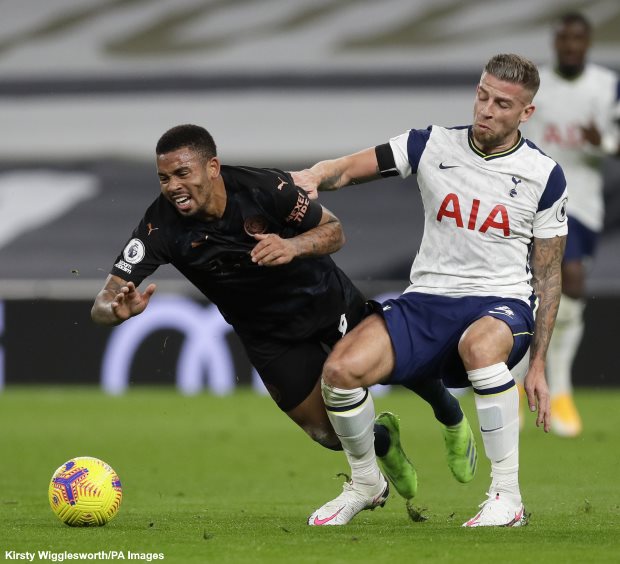 Providing an update on the Belgian’s fitness, Spurs head coach Mourinho has confirmed that he has suffered a muscular injury and will be sidelined for two to four weeks.

Although Tottenham are set to be without Alderweireld for at least two weeks, the Portuguese tactician is relieved that the injury is not as bad as initially feared.

“Toby has a muscular injury but not as big as we initially thought“, Mourinho told a press conference.

“He will have his time to be out but not like a month, which was immediately what we thought.

Alderweireld has made 10 appearances across all competitions for Tottenham so far this season and the prospect of him returning quickly will be a big boost for Mourinho.