Why Not – Tottenham Hotspur Star Keen For Title Winning Mentality

Tottenham Hotspur winger Lucas Moura has expressed his strong belief that Spurs possess the quality and capacity to win the Premier League this season.

Despite starting their season with a 1-0 loss at home against Everton, Tottenham have found their groove in the league and are currently top of the standings, ahead of champions Liverpool on goal difference.

Spurs are unbeaten in the league since their opening day loss and have racked up 20 points in nine games, with their latest win coming against fellow title hopefuls Manchester City with a 2-0 scoreline at the Tottenham Hotspur Stadium. 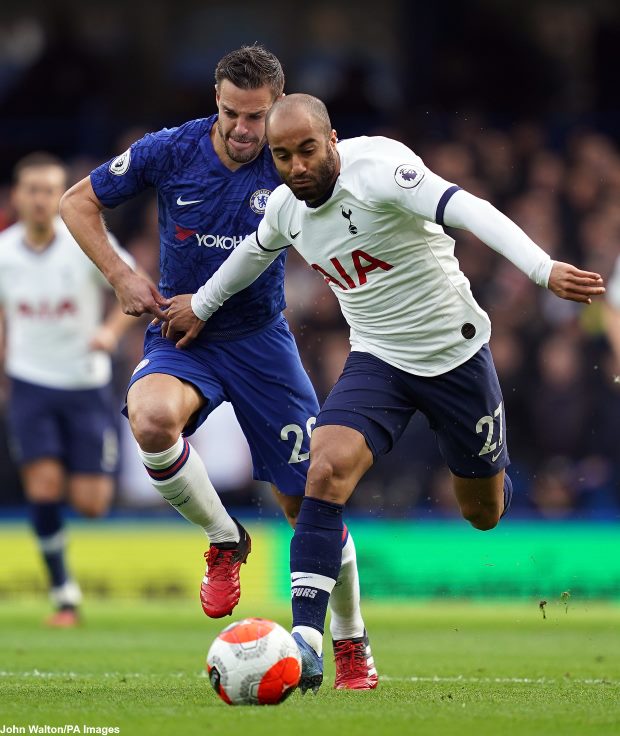 And Lucas believes Spurs have the quality to continue their charge and keep on churning out results in the top flight for the remainder or the season.

The Brazilian conceded that the campaign is still young when it comes to talking about the title, but stressed the whole Tottenham squad go into every game with a determined winning mentality.

“Why not think to win the Premier League?”, Lucas told a press conference.

“We have the capacity to win.

“I know it’s too early and there’s a lot of games to play, but we need to in every game think we are capable of winning the Premier League and that every game is important

“That’s why in every game we are trying to show that mentality and we are doing very well.

“We need to keep that going.“

Jose Mourinho’s team are set to travel to Stamford Bridge on Sunday to square off against Chelsea in the top flight; the game comes after the north London outfit host Ludogorets in the Europa League on Thursday.