Rangers midfielder Scott Arfield has heaped praise on Gers team-mate Allan McGregor, who matched Barry Ferguson’s European appearances for the side on Thursday.

38-year-old goalkeeper McGregor made his 82nd European appearances in Rangers colours in the 2-2 draw against Benfica in the Europa League on Thursday.

The Scot has now matched Gers legend Ferguson’s European appearance record and team-mate Arfield feels the achievement speaks volumes about his contribution to the club. 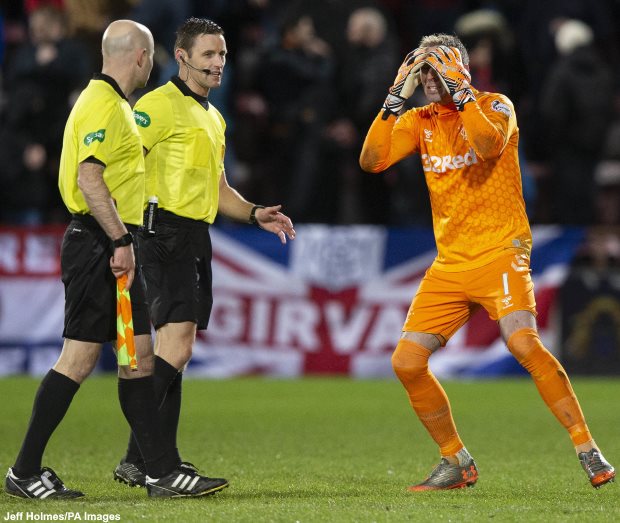 Heaping praise on McGregor, the midfielder explained that he is a top personality and is glad to be able to pick his brains even as a 32-year-old.

Arfield went on to hail McGregor as a top goalkeeper, insisting that Rangers are fortunate to have a custodian like him guarding their goal.

“[McGregor is a] brilliant guy, I think everybody around the club knows“, Arfield told Rangers TV.

“I never met a fellow like him in my life, he is a top guy, top goalkeeper.

“One that I’m very fortunate that I can pick his brains even at the age that I am.

“Went away for a number of years and is still breaking records for Rangers, it is fantastic, speaks volumes for him.

“I think speaking behalf of everybody that’s a team-mate of Greegs’, we’re very fortunate to have a goalkeeper behind us like him.“

McGregor has made 13 appearances across all competitions for Rangers so far this season and has kept clean sheets in nine of them.