Tony Dorigo has insisted that Leeds United star Kalvin Phillips is the best player in the Premier League in the defensive midfield position he occupies.

Phillips returned to the Leeds team in their 0-0 draw against Arsenal last weekend following an injury layoff and made the Whites look a more solid team.

Marcelo Bielsa has turned the Englishman into a defensive midfielder of elite class over the last two years and it also earned him a call up to the Three Lions squad. 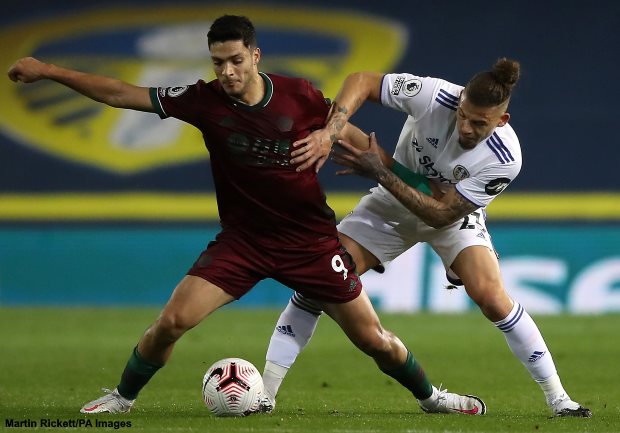 Dorigo admits that it is wonderful to have Phillips back in the team as he makes Leeds look a lot more secure and solid in the middle of the park, and almost acts as an insurance policy for the defensive line.

The former Leeds star also admits that it has been great to see his development over the years in the defensive midfield role and believes he is the best player in that position in the Premier League.

Dorigo said on LUTV: “It is great to have him back, just feels so much more solid

“He just makes such a difference and he really can pick up the right positions at the right time.

“He has learned the position really well.

“Three or four years ago when I came in here and watched him play, he had his back to goal, playing further up the pitch, but this position is kind of made for him.

“He learned along the way and I think he is the best in that position in the Premier League.”

Leeds will be looking for a big performance from Phillips this evening when they play Everton in the Premier League.