Rangers star Scott Arfield has insisted that no one can afford to consider themselves regulars in the Gers team due to the level of competition in the side.

The 32-year-old made just one start in the Light Blues’ first seven league games, but has been a regular starter across all competitions since then.

While the Canada international is delighted with how he is currently faring for the side, he has insisted that he cannot afford to consider himself a regular in the team. 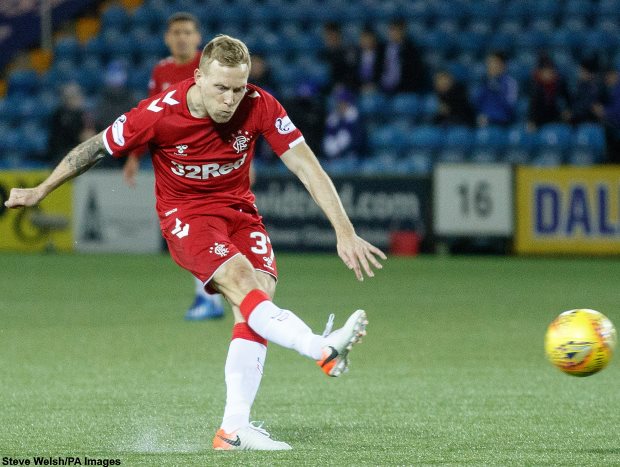 Pointing towards the competition for spots in the team, Arfield explained that nobody in the team can think they have their place nailed down as there are others constantly knocking at the manager’s door.

He feels even the slightest drop in performance levels will see a player losing his place, but is positive that the Gers are not taking their foot off the gas.

“Obviously, very happy with how I am performing [but] I don’t think you are a regular in anybody’s eyes“, Arfield told Rangers TV.

“I think that’s what drives you as a player because of the competition we have got.

“I think if you think you’re a regular in this team then you come off of that one per cent and somebody else takes your spot.

“So I think, at this minute in time, we’re full of competition, we’ve hardly got any injuries, hardly any suspensions and players are fully at it.

“I think that’s what takes you to the next step, when you know somebody’s behind you, knocking on the manager’s door.

“If you are playing, you need to keep that level of performance up and I think throughout the team we are doing that at the minute.

“As soon as you come off that then somebody is going to take that, so I don’t think anybody’s a regular in this side.“

With the midfield being one of the most competitive departments in Steven Gerrard’s team, Arfield will be hopeful of keeping his place in the side intact.