Tottenham Hotspur boss Jose Mourinho has insisted that the onus is on any player in his team, including Dele Alli, who is struggling for regular game time, to show in the minutes they have been handed why they should be playing.

Alli has been pushed to fringes of the Spurs squad this season, with the midfielder only playing a part in two of Tottenham’s ten Premier League games, while being left out of the squad in the remaining fixtures.

The 24-year-old started in Spurs’ 4-0 thrashing of Ludogorets in the Europe League last Thursday and was able to set up one goal in the encounter. 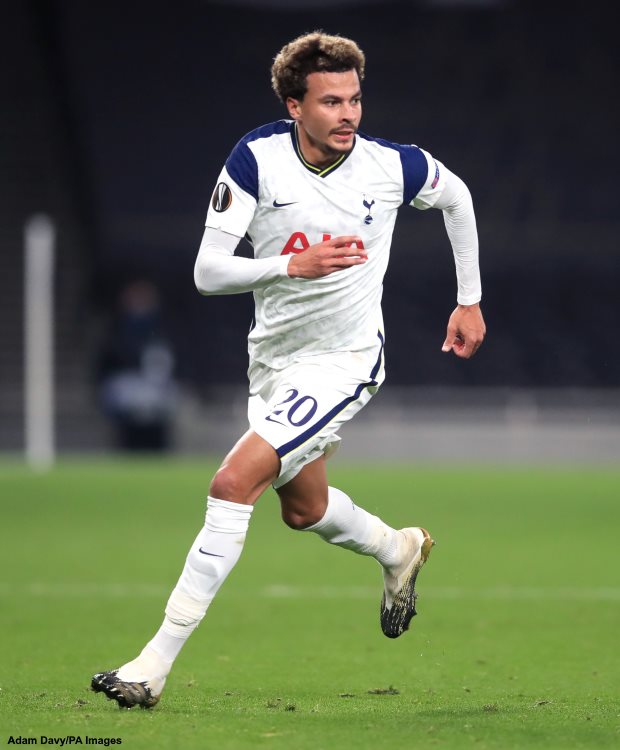 Mourinho insisted that the onus is on any player who is struggling to clock up regular game time, including Alli, to show on the pitch in the minutes they have been handed why they are deserving of a bigger role in the team.

The Portuguese stressed that no individual is more important than the team on any level and pointed to full-back Ben Davies as an example of what type of an attitude a player should have while struggling for regular game time.

Asked about Alli’s situation, Mourinho told a press conference: “The ones who aren’t playing much time in their mind have only one thing to do and that is to show in the minutes they have that they should be playing.

“I don’t have any problem with Dele.

“I don’t have any problems with any of them.

“The concept above everything is the concept that the team is more important than any of us.

“The example is Ben Davies.

“Against Chelsea [in the Premier League on Sunday] he played five minutes and last season he’d play 90 minutes.

“But he played those 90 minutes like they were the last five minutes of his career.”

Tottenham are on the road again the Europa League as they are set to travel to take on LASK Linz on Thursday, but Spurs will have to do without the services of Harry Kane, Sergio Reguilon, Carlos Vinicius and Erik Lamela, with all four sidelined through injuries.