Chelsea defender Matt Miazga has revealed that he is enjoying his football at current club Anderlecht and is open to staying in Belgium beyond the current season.

Miazga is currently plying his trade on a season-long loan at Belgian giants Anderlecht after leaving Stamford Bridge in the last transfer window.

The centre-back has risen to become one of the key players under Paars-wit coach Vincent Kompany, starting 10 Jupiler Pro League games since he joined the club in October. 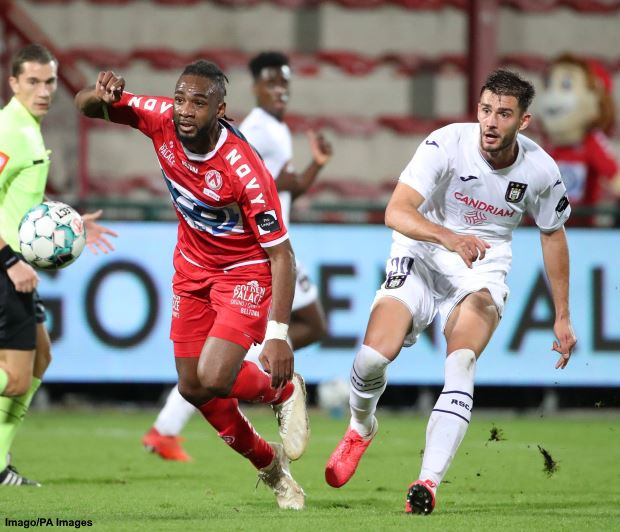 And Miazga revealed he is open to staying at Anderlecht beyond the current season but stressed everything is dependant on what the Belgian giants and Chelsea decide on his future.

The 25-year-old American is enjoying his football at the moment as he added Belgian football suits his own style of play, while the lack of a language barrier has helped him ease in to life at the Lotto Park.

“The atmosphere is good and life is pleasant.

“It helps that everyone speaks English

“So, I would definitely like to stay, but it also depends on what Anderlecht and Chelsea want.”

Miazga’s contract at Chelsea runs to the summer of 2022, and he has been shipped off on loan spells at Dutch club Vitesse, French outfit Nantes and current Championship side Reading, prior to his stint in Belgium.