Ex-Leeds United defender Dominic Matteo has stressed the importance of Liam Cooper returning to the first team fold following an injury layoff and urged the Whites skipper to stand up and be counted by being the voice on the pitch.

Cooper did not feature for Marcelo Bielsa’s side in their last three Premier League clashes after picking up an abdominal strain in his team’s 6-2 loss away at Manchester United on 20th December.

The Whites skipper came off the bench against Crawley Town in the FA Cup on Sunday at half time, though his return to the pitch was marred as the Yorkshire giants bowed out of the competition with a 3-0 loss. 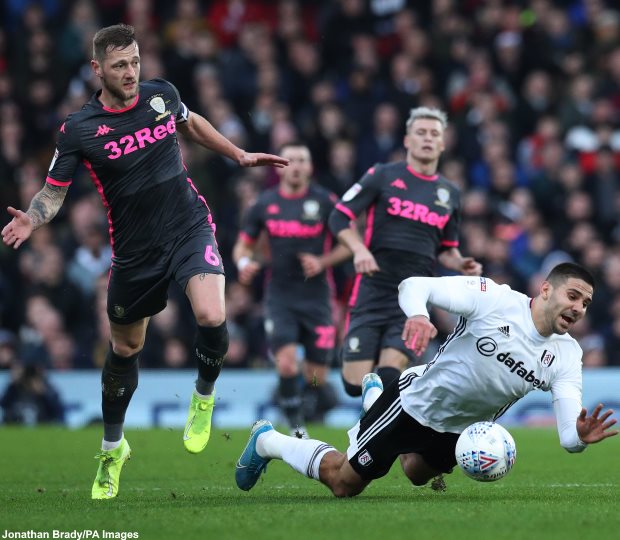 Leeds are set to host Brighton in their upcoming Premier League clash at the weekend and ex-Leeds star Matteo has urged Cooper to step up to the occasion and be the voice on the pitch as his team look to bounce back with a win against the Seagulls.

Matteo added that the Whites will need to make better decisions on the pitch against Brighton, and the whole squad need to chip in defensively along with the backline led by Cooper.

“With Liam Cooper and Luke Ayling at centre-half and Pascal Struijk in front of them we should have a solid-enough look defensively [against Brighton]”, Matteo wrote in his Yorkshire Evening Post column.

“Cooper’s return is important; Leeds need him to be a voice out there and these are the type of games you need your leaders to stand up and be counted.

“It’s a game where Leeds need to make better decisions, especially defensively, and that’s up to everyone on the pitch, not just Cooper and not just the backline.

“It will be an interesting game, a tough one but it’s one Leeds can definitely approach knowing they can get a result.”

Leeds will be keen to pile on the misery on Brighton when they visit Elland Road, as the Seagulls’ last win the league came against Aston Villa in November.