Spurs grabbed all three points from their trip to Bramall Lane to move back into the top four in the Premier League and return to winning ways following a draw against Fulham.

Serge Aurier and Kane scored Tottenham’s first two goals, but it was their third, through Ndombele, which really caught the eye and attracted attention. 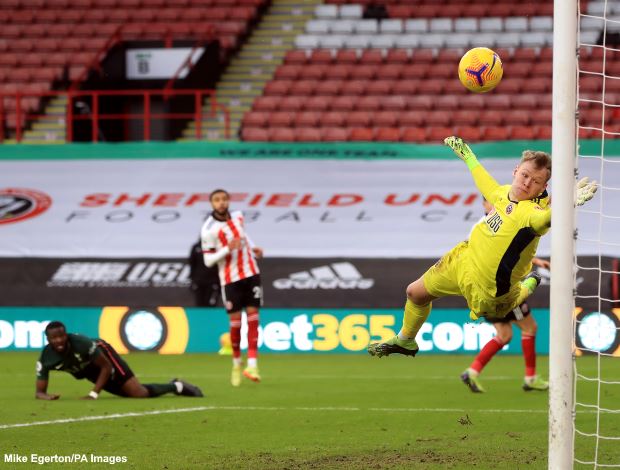 The Frenchman looked to be in a position from which it would be impossible to score, but hooked the ball up and over Sheffield United goalkeeper Aaron Ramsdale, stunning the Blades.

And Kane is full of admiration for Ndombele for his stunning goal, telling the BBC’s Match of the Day programme: “Tanguy’s goal was incredible, the technique he had to flick that ball back over the ‘keeper was truly special.”

The Tottenham striker also stressed that in his view the title race is wide open, with a good run of results quickly pushing a team into the mix.

“Anyone who can put a good spell together [can be in the title race], that’s why it has been disappointing and frustrating for us dropping points from winning positions.”

Tottenham are next in Premier League action against reigning champions Liverpool at the Tottenham Hotspur Stadium, but first take on Wycombe Wanderers in the FA Cup.