Former Rangers star Iain Ferguson is of the view that John Hughes has started well at Ross County, but has no concerns over the Gers’ forthcoming game against them.

Having drawn 1-1 with Motherwell at the weekend, Rangers will be looking to return to winning ways when they host Ross County in the league on Saturday.

The Staggies made a poor start to the season and were sitting at the bottom of the league table until recently, but new manager Hughes has managed to take them up to 10th place. 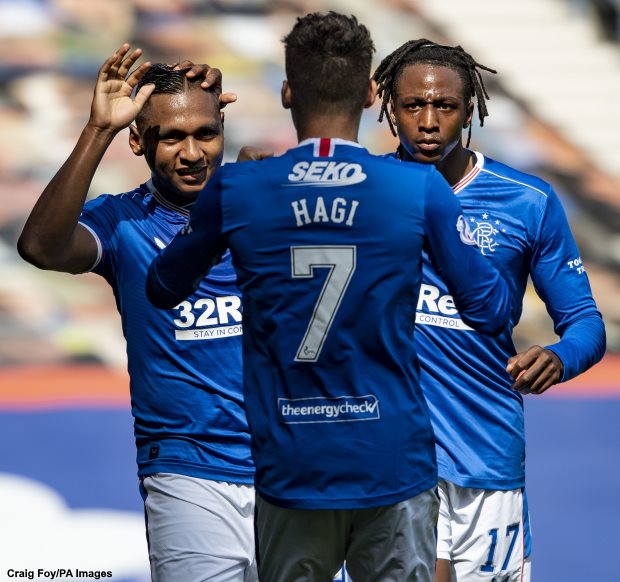 However, Ferguson has no qualms over Rangers’ forthcoming match against the Staggies and is confident that no team can beat or catch the Light Blues if they continue playing the way they have been this term.

“New managers can come in and give the place a psychological lift – maybe change the training regime, introduce boys who have not been getting a game“, Ferguson said on Rangers TV after the Motherwell game.

“A new lease of life for some of these boys and, again, you are at the turn of the year where they’ll be playing for their livelihoods because their contracts are coming up at the end of the season and they’ll look to impress a new management team coming in.

“John Hughes has started very well at Ross County, but I’m quite sure that Rangers just play the way that Rangers do and if they continue with the form that they have shown from the start of the season, I don’t see anyone catching or beating Rangers.

“That’s the thing, you’re confident when they are taking the field that they have enough quality and enough determination to win against any team in the league.

“So, I’m confident that they will take care of that.“

Ross County go to Ibrox on the back of a 4-1 win over Aberdeen and will be looking to cause an upset against the league leaders on Saturday.