Michael Owen has insisted that Liverpool should be worried about the fact that they are not creating enough chances to score goals.

Liverpool have not scored a league goal in their last three league games with their forwards looking out of sorts again in a 0-0 draw against Manchester United at Anfield on Sunday.

The three-game run without a goal is their worst since 2005 and Jurgen Klopp has warned that the battle just to finish in the top four this season will be intense. 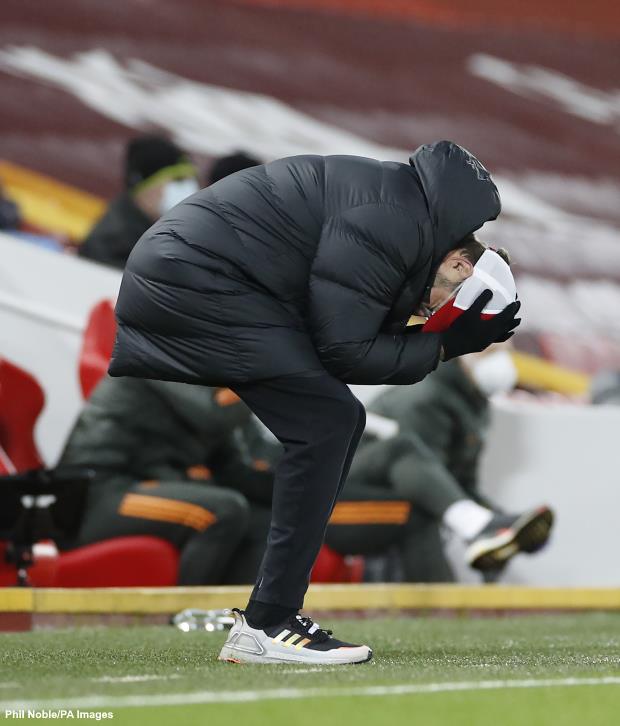 Owen indicated that he would have been less worried if Liverpool were still creating chances and not scoring goals.

He stressed that in the last four games, the Reds have hardly created any clear cut chances that their forwards can lament not converting.

The former striker pointed out that against Manchester United, the Reds forward line hardly had a kick in front of David de Gea’s goal.

“And then they haven’t scored in the last three.

“They are not creating many chances.

“Don’t let anyone tell you they are creating but they are not scoring at the moment.

“That is not what is happening, they are not creating chances.

“I can’t look at Mo Salah, [Roberto] Firmino and [Sadio] Mane and say, you all should have scored a couple today.

“They didn’t have a kick in front of goal.”

The 0-0 draw on Sunday saw Liverpool drop down to fourth in the Premier League table.