Former top flight striker Alan McInally is of the view that Manchester United star Bruno Fernandes has a bit of wickedness in him and is impressed with that aspect of the Portuguese.

The 26-year-old has been the linchpin in Ole Gunnar Solskjaer’s squad since he joined Manchester United from Portuguese outfit Sporting Lisbon in January last year.

Currently enjoying his first full season in England, Fernandes has scored 15 goals and provided nine assists for the Red Devils so far across all competitions. 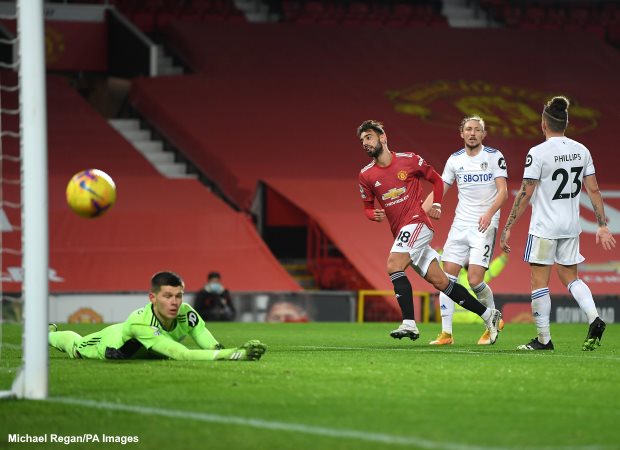 While the Portugal international has been receiving plaudits for his performances at Old Trafford, former top flight striker McInally feels there is a wicked side to the player.

The Scot, who is also in awe of the midfielder’s leadership skills, is of the view that Fernandes is not afraid to go into tackles and can hold his own in physical duels.

“He has got a bit of badness in him, I like that“, McInally told Footy Accumulators.

“He likes a tackle, doesn’t shirk, mind you not that you can actually tackle anybody in modern day football, that is a complete and utter joke.

“But he has got a little bit about him that he can look after himself.

With Manchester United well in the title race this season, they will be hoping that Fernandes can keep his fine form going.