Claudio Ranieri has revealed that Everton superstar James Rodriguez leaves nothing to chance when it comes to maintaining excellent fitness and stressed he knew the Colombian was a star in the making from a very young age.

Ranieri worked with James at Ligue 1 giants Monaco for one season, with the Italian snapping him up from Portuguese outfit FC Porto in the summer of 2013.

James went on to to play for European heavyweights Real Madrid and Bayern Munich and is currently pulling strings at Goodison Park under Ancelotti. 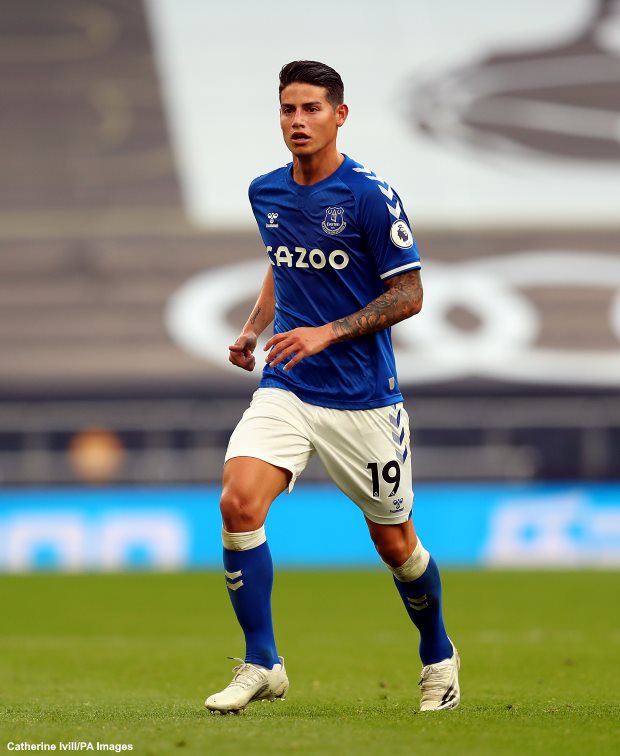 Ranieri revealed he realised James was a star in the making from a young age, having worked closely with him, as the midfielder’s technical ability and consistency set him apart.

The former Leicester City boss provided an insight into how James has risen to becpme a top player, highlighting how the hard-working Colombian is committed to taking care of his fitness and thereby making himself available to his boss whenever he is needed.

“The James I met was little more than a young boy but we saw he had the attributes of a wonderful young player”, Ranieri told Everton’s official site.

“Our eyes didn’t deceive us because he played almost every match, we finished second as a newly-promoted side and he was one of the team’s best players.

“He already had that technical ability and had done very well at Porto.

“But when he was with us at Monaco, his personality grew and his confidence was so high that he was able to lead Colombia so brilliantly at the World Cup.

“There were no doubts about him being a top player and that’s why Real Madrid wanted to sign him at all costs.

“He’s a very committed player who leaves nothing to chance [in terms of looking after his body].”

James has been deployed on the wings and up front, in addition to playing in his natural attacking midfield role, by Ancelotti and he has had eight direct goal involvements in 14 outings across all competitions so far this season.