Paris Saint-Germain sporting director Leonardo has insisted that Everton loanee Moise Kean has had a positive impact in Paris and stressed his club will take a decision on signing him permanently in the summer.

Kean has hit the ground running at PSG since arriving at the club on a season-long loan deal from Premier League outfit Everton, scoring 14 goals in 26 outings across all competitions.

The Parisians do not have a purchase option in the striker’s contract and will have to sit at the negotiating table with the Toffees in the summer should they choose to swoop for him. 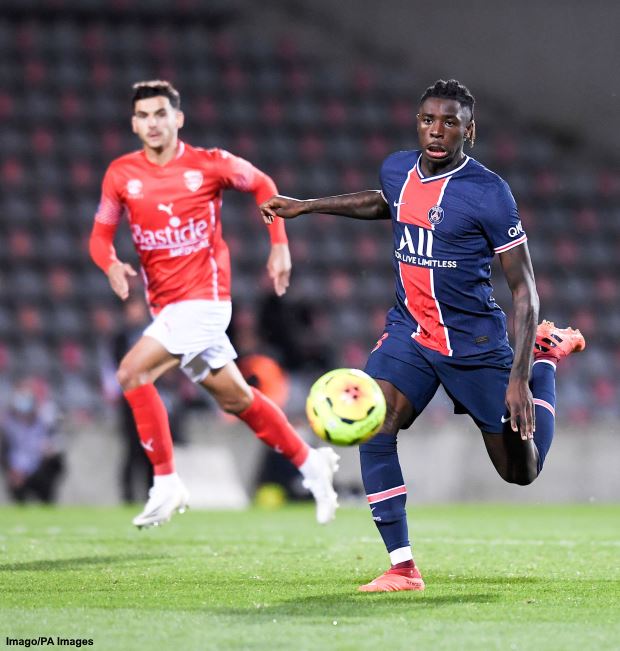 PSG deal-maker Leonardo has revealed his club are impressed with how Kean has performed so far in the current campaign and stressed having him available has been a big positive.

Leonardo explained he and his team will evaluate the transfer market in the summer and then will take a decision on whether they should make a move to rope in the Everton loanee on a permanent basis.

“This [price of players] is something we will know more towards the end when we understand the situation better”, told France Bleu Paris.

“Then [during last summer] it was a choice, we could not do otherwise, it was a loan.

“And today, having Kean available for a year is already something very positive.

“And if we can see in the future depending on the conditions, we will try to see how it [making the move permanent] goes.”

Kean will be keen on continuing his form up front having held his own so far in an attack that boasts the likes of Neymar, Kylian Mbappe, Mauro Icardi and Angel di Maria