Rangers left-back Borna Barisic has revealed that he has abandoned the idea of setting targets for himself in terms of goals and assists as it adds additional pressure.

The Croatian has played an integral role under Steven Gerrard this season, starting 27 of the Gers’ 30 Scottish Premiership games, having an impact at both ends of the pitch.

In addition to helping Rangers maintain a stellar defensive record in their current unbeaten league run, Barisic shares set-piece duties with skipper James Tavernier and midfielder Ianis Hagi; he has laid on seven assists for his team-mates. 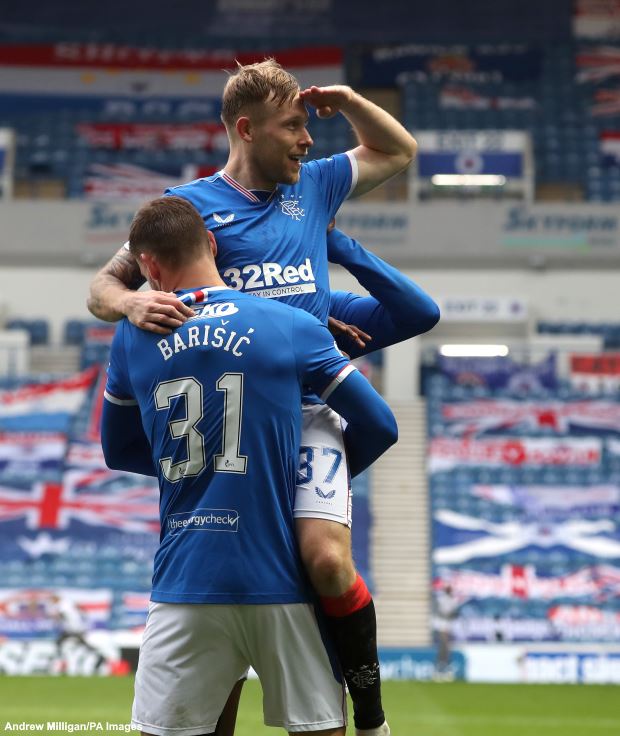 The 28-year-old has revealed that he did used to set goal and assists targets, but has now given up on the idea as it can add extra pressure on top of his defensive duties.

Barisic went on to stress that he is defender first and helping his team keep clean sheets is his first duty, while making an impact up top through a direct attacking contribution is a bonus.

Asked whether he has set any targets for himself this season in terms of goals and assists, Barisic told Rangers TV: “I did it two times [previously] in my career here at Rangers.

“But sometimes that can act as a little bit of [additional] pressure.

“So, my target [this term] is actually to have as many assists and goals as I can.

“But first of all, I am a defender.

“So, I am happy because of the clean sheets, it means a lot to defenders.

“And that is the first thing I need to do on the pitch, to defend very well.

“And everything when I am going forward is like a big plus for me.”

The Gers are on the road again in the league and will travel to the Tony Macaroni Arena on Wednesday to take on Livingston.

They will be determined to add all three points to their tally as they look to take another big step towards the title.