Tottenham Hotspur manager Jose Mourinho has insisted that Joe Rodon has been working hard behind the scenes but stressed that he will have to wait to get more opportunities.

Rodon has not played for Tottenham since starting three league games on the trot in January and did not even make the matchday squad in the last three Premier League games.

His ineligibility in the Europa League has further reduced his chances of getting more game time at Tottenham this season and Rodon has been left to wait on the sidelines for Spurs for the time being. 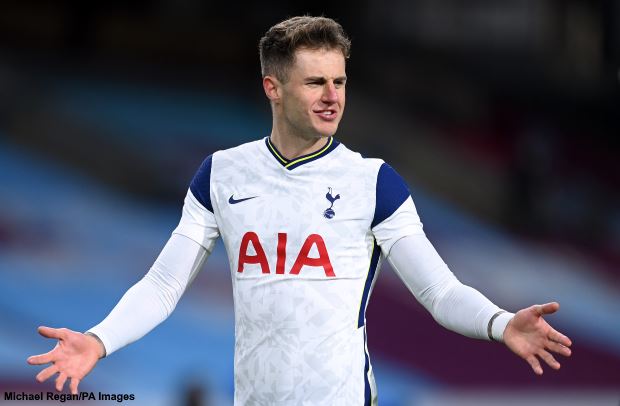 The Tottenham boss is happy with the attitude he has shown in training and admitted that he would have played a number of games in the Europa League for Spurs had he been eligible.

He pointed out that Rodon has already played in some big game for Spurs this season but conceded that he will have to bide his time to get more opportunities moving forward.

Asked what Rodon needs to do to get a game, Mourinho said in a press conference: “He has to do nothing. Works very hard. Good professional.

“He cannot play in the Europa League so that makes his chances reduced in relation to the other guys.

“The centre-back position is a position where if he was in the Europa League he’d have a lot of chances to play in the 11 games we’ve had.

“He’s working very hard. He’s played already not many matches but he’s played in important matches against some of the best teams.

“He just has to wait for his opportunities and have it.”

Rodon has featured ten times for Tottenham across all competitions this season since joining the club in the summer.